This week’s assignment for the League of Extraordinary Bloggers is an idea sent in by CT at Nerd Lunch. CT and I were discussing possible article ideas for the Cool & Collected magazine, and this topic was a leading contender, but it needed multiple people’s input. So, if things go well this week, I may be contacting you guys to see if you’d be up for reprinting your responses in the magazine. Let’s see how it goes…
—
Why did I buy that? Why did I sell that? My biggest regret is…
—


REMEMBER!: The League is always open to new members! Got a blog? Write a post in response to the weekly challenge, and you’ll be included. It’s that easy!

I actually have 3 regrets that have been eating away at me me and they all spawn from my childhood. Let's dig right into that shall we?

I Just Had To Sell All My NES Stuff!

I still remember this so vividly that it still haunts me to this day! It was the early 90's. I was around 10 years old and cash was hard to come by at that age. The annual family garage sale was coming up and my Mom convinced my brother and I to sell off all our NES goods so we could make some cash monies. We had dozens of sweet games, Metroid, Super Mario Brothers 3, and one of those Mario, Duck Hunt, Track and Field combos with running pad. We even had this beautiful spinning display case with Raccoon Mario on it. It was like a lazy-suzan for NES carts! We sold every last bit, I don't even remember how much money we made, but I do remember showing me Mom all the money I'd made. She said,"Good job!" then she TOOK ALL THE MONEY and kept it for herself! She swears that never happened, but that's what happened! I should've seen it coming too, she HATES video games! What a fool I was!

Oh Pogs, Where Art Thou?

Man, Pogs. Who doesn't remember Pogs, those wonderful round cardboard thing-a-ma-jigs. My brother and I had huge tubes of the things and about a billion Slammers too. Pogs were cool at school for about a year until it snowed and by the time the snow melted they were totally passé. And what did we all do with our Pogs? We freaking threw them away!!! Why did I do that!? I want my Imperial brand Slammer Jammer Skull Squad Pogs back! I can't even find any Slammer Whammer Series 1 Bod Squad Pogs. Bod Squad Pogs had images of severed body parts, likes scalps, eyeballs, and teeth. So friggin' awesome! Now they're gone forever! I did manage to find a few strays recently, but that's it.

Why Didn't I Take Better Care of My Toys!?

My brother and I were just brutal to our toys! I mean seriously, how did we manage to rip out Bucky O'Hare's ear!? All that's left of our Crash Test Dummies toys is a totalled car and random limbs! And don't even get me started on the utter disoray of my cherished LEGO bin! I mean, what was I thinking!? Just throw everything in a bin? Really? Why couldn't I have organized everything into Ziplock baggies according to what set they were from? I could've even kept the box and instructions and stashed away the baggies in their proper boxes! I couldn't even keep my boxers off my bedroom floor, so I guess there wasn't a chance I would've thought of any of this as a kid. 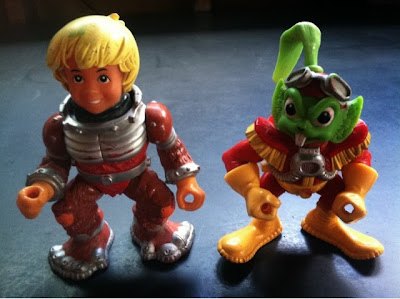 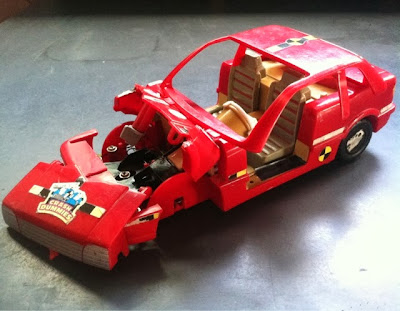 As a result of my horrible organizational skills I can't even look up instructions online and rebuild old sets from my childhood because all the pieces are all jumbled together and many pieces are missing now. I'm trying to organize what's left of my childhood LEGO sets, but it's proving to be a long, arduous process. 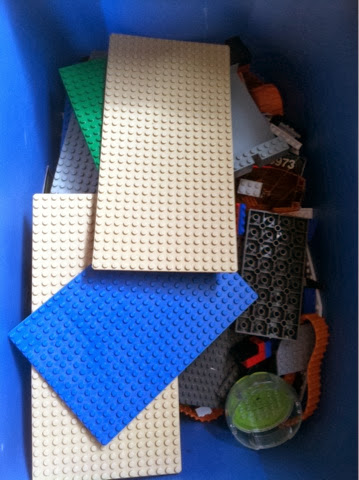 Am I the only one with these regrets? I dare say NO! Check out the regrets of these other unfortunate League Members:

The Goodwill Geek has a bad case of buyer's remorse.

Selling off a huge collection leads to big time seller's remorse at the Monster Cafe.

Discover a lost LEGO city at Nerd Out With Me.

Geek Chunks misses out on a Django bargain.