Last week, the League of Extraordinary Bloggers‘ presented their DIY skills.  Now, it’s time to kick off Summer and hit the road with this week’s assignment…
—
Pop culture road trip! Money is no object, what is your ultimate pop culture destination?
—


Since this is an imaginary road trip, we might as well ride in style with the DeLoreon Time Machine, or the T.A.R.D.I.S. If you prefer. Either would come in real handy since different events that we'll be stopping at all take place at different times. This way, we can hit all of them in any order we want. But, since I'm in Utah we'll start there.


I missed E3, but that's what time machines are for. While I'm at it though I might as well skip ahead to Next years E3 and the 2015 New York Toy Fair. Might as well check out the quirky and weird New York Troll Museum too while we're there.


After all that excitement it's time to take things easy in Preston, Idaho; home of Jared and Jerusha Hess and Napoleon Dynamites stomping grounds. 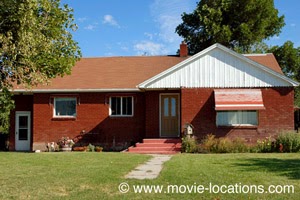 Then it's just a quick hop, skip, and a jump to Studio Ghibli in Koganei, Tokyo, Japan. I've always wanted to meet Muta.

And since it's close by we might as well run through the Nintendo museum in Osaka.

As we work our way back home, why not make a quick stop at LEGO headquarters in Billund, Denmark; where we can poke around in the basement. LEGO keeps 1 of every set ever made down there!

I love a good yard sale. You just never know what you'll find for pennies on the dollar. It can be a real pain though driving from sale to sale. I wish they could just all line up in a row. I'd go to the flea market, but the Utah swap meet hasn't been all that great in recent years.

So, at the end of my pop cultural road trip let's cruise through a gigantic 3 day yard sale. The 127 sale to be precise. It's the longest yard sale in the world! You never know what you'll find there. It's good clean fun.

(Luckily, I really will be attending Fantasy Con At the Salt Palace here in Utah next month! You can expect a full report come July 3rd.)

And that concludes our road trip! I have no idea how long it would take to do all that, but I would be in hog heaven. Where would you go? Check out where other League members are headed:

At Space For Rent road trips are shaken, not stirred.

Enjoy some nostalgic summer fun with Rich at The Nerd Nook.

Lately my little blog has been suffering, and for that I apologize. Life has become a little bit less crazy and I can now relax a little more and dedicate some time to the blog again. Hurray!

I just want to take a moment to thank everyone that sent me awesome stuff since I've been away from the blog. Miss M, The Trash Man, and The Goodwill Geek, thank you all so much! I'm sorry I've been AFK for so long, that has to change. I want to thank everyone individually, and first we will highlight what Miss M sent way back just before Easter.

Miss M sent me tons of great toys for little Ava just in time for Easter and she LOVED them! I also received a great little baseball player LEGO minifig and my childhood Batman. Though Ava seemed to claim that one for her own. Ava kinda claims all my toys for her own. As long as their not a choking hazard they're pretty much hers now. That girl has me wrapped around her finger. 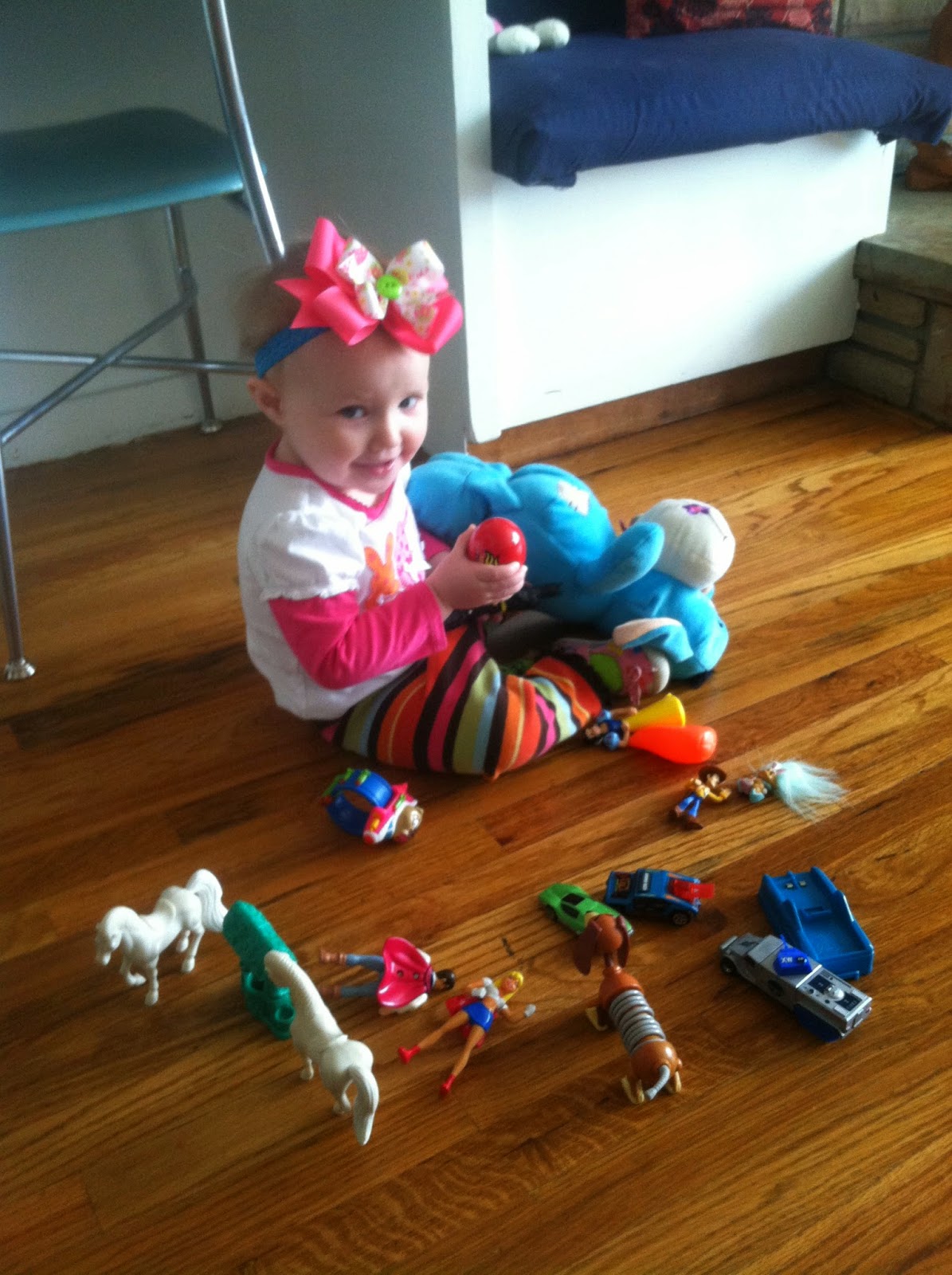 Ava loved the horses! We have horses right in our back yard, so she goes crazy for horses. 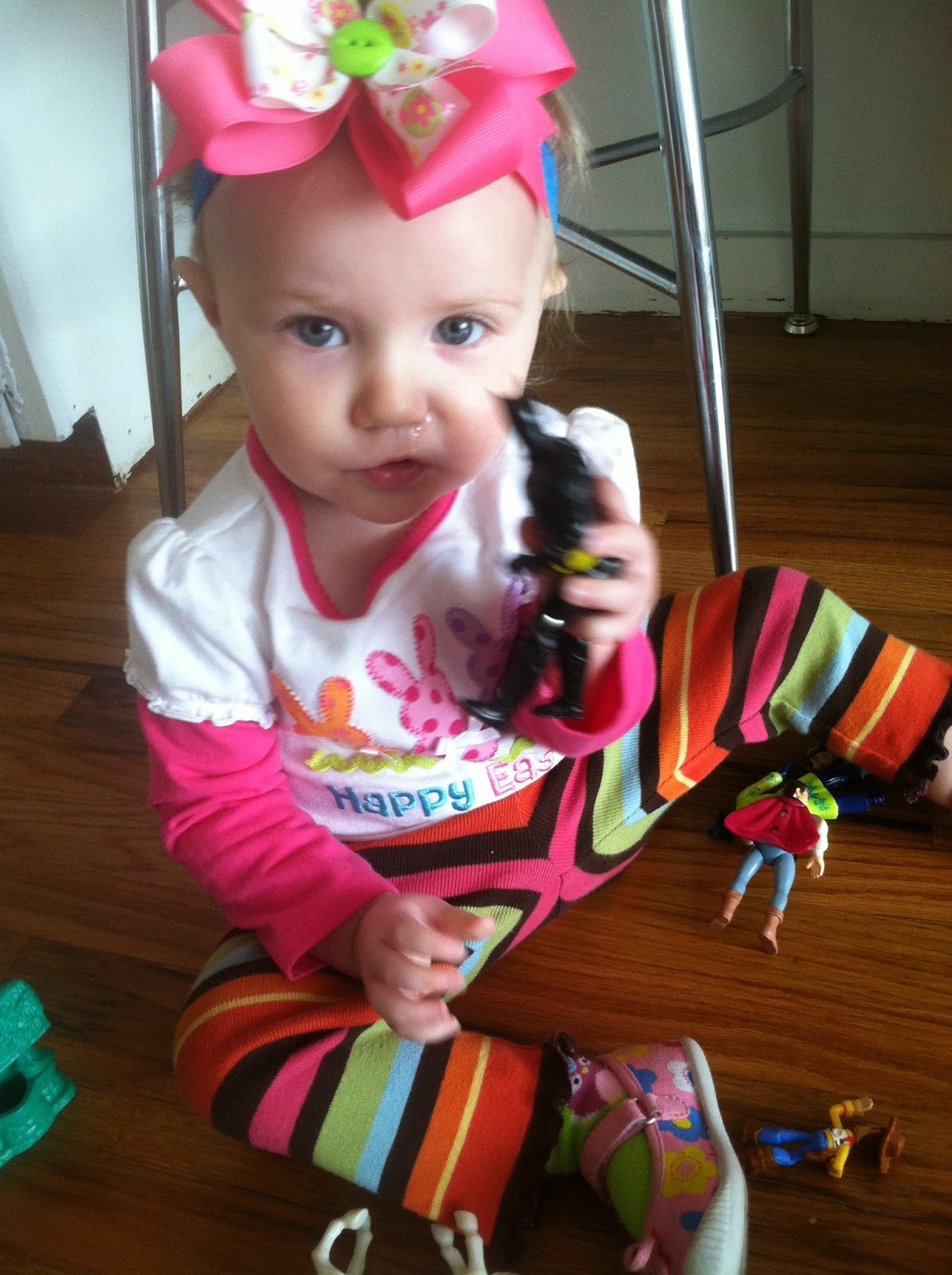 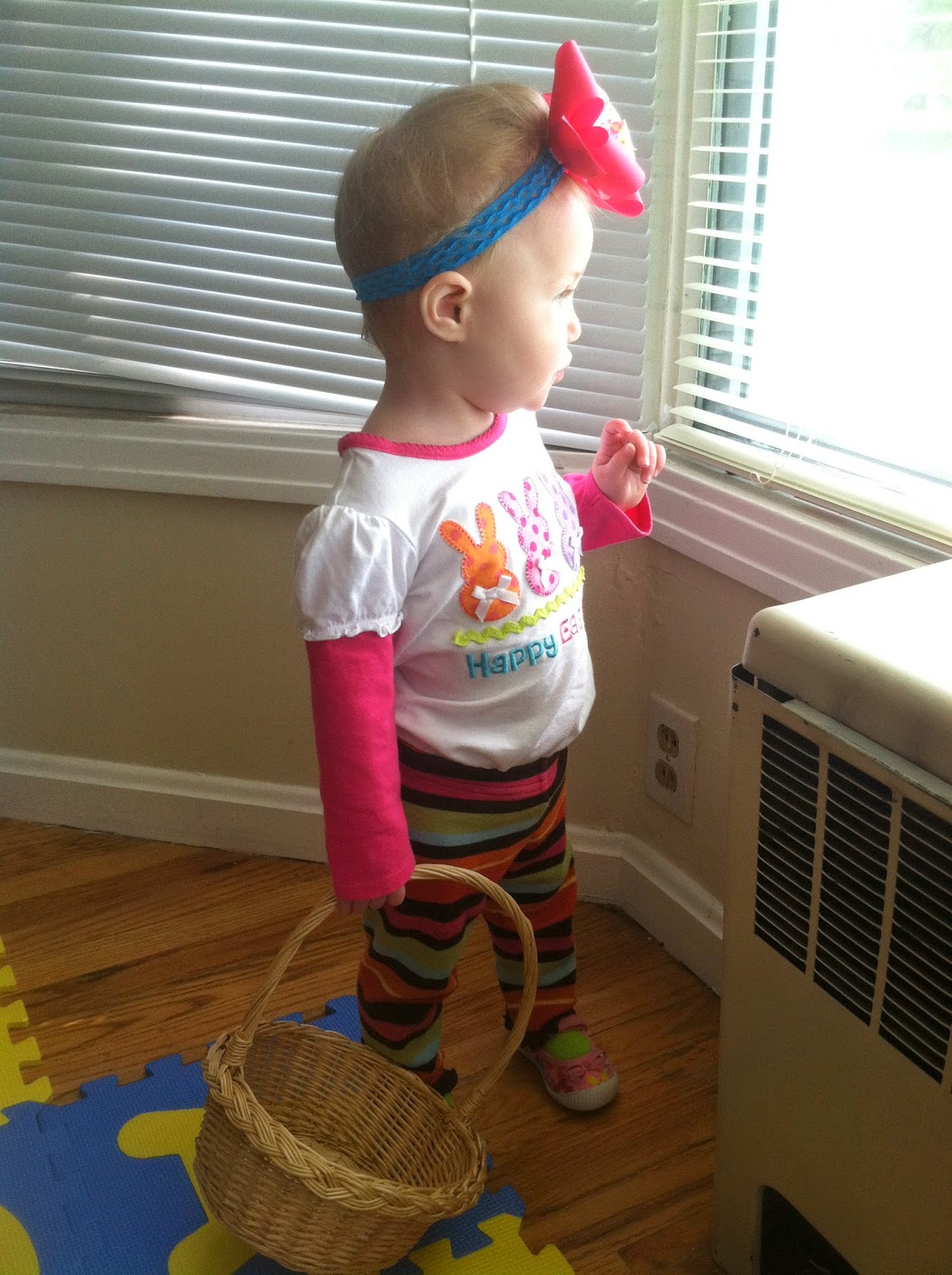 Thank you so much Miss M! Everyone go check out Diary of A Dorkette today! Miss M is crafting the ultimate toy story with the help of fellow bloggers and volunteers, find out more HERE!
Posted by Mason at 11:23 AM 6 comments:

Back in the late 80s and early to mid 90s my Dad would take my kid brother and I to several comic book shops. We would buy all sorts of comic books and trading cards and I really cherish those trips to the comic stores. There was one comic book that I have fond, yet vague memories of.

One thing that stood out in this comic book were the millions of what can only be described as "mouth monsters". They had no eyes, and were basically just mouths with scrawny arms and legs attached. I remember tracing one of the mouth creatures. They were so cool looking to me, I just had to learn to draw them! If only drawings could be used in Google searches. The creatures looked something like this... 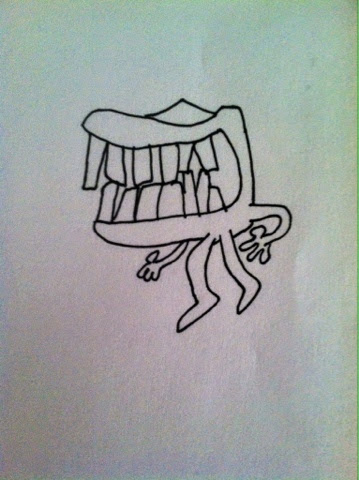 I remember the hero of the story fighting hundreds of these creatures at a time. The whole bizzare world was just covered in them. There's one large panel where the hero is looking out into a valley or desert or something and there are just millions of these creatures crawling everywhere. I do believe our hero sneaks around the home of a giant version of one of these mouth monsters. The giant's home was like any other, it had a kitchen, sofa, dressers, etc.

These mouth monsters inspired one of my own creations, a cute little man-eating plant. 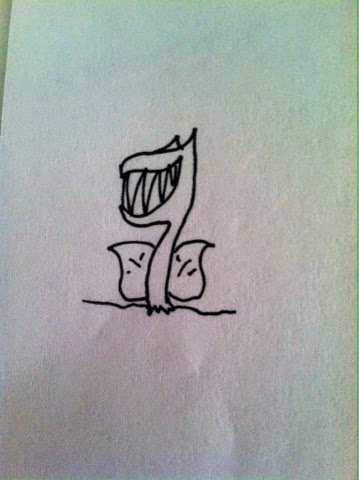 Am I just crazy? Did such a comic exist? I may be doomed to never know.

Perhaps my vague descriptions have sparked one of your memories? Do you too have vague childhood memories of long lost mystery comics or toys?

Now that I know this comic is The Maxx, it's very clear that this childhood made-up superhero I call "Mayhem" was clearly inspired by The Maxx! 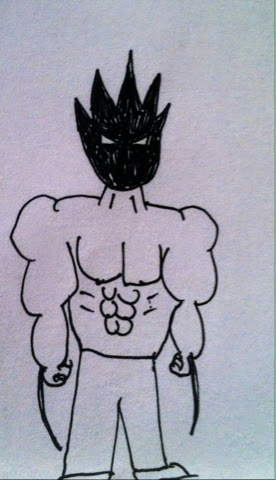 The head may also be inspired by Hitmonchan. 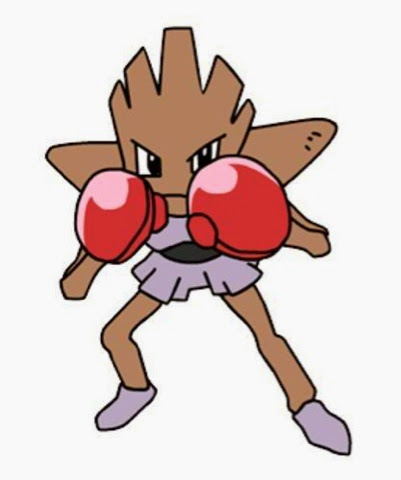 LOEB Assignment: Look What I Made!

Last week, the League of Extraordinary Bloggers‘ had an AWESOME turnout, with many old friends and even some new ones, contributing to the topic.  Hopefully, we can keep the momentum going with this week’s assignment…
Look what I made! Do you worship at the altar of MacGyver? Have you ever drawn a stick figure? Given birth to a child? Put together an Ikea product? Let’s see it!
I've made several things lately, but if there's one thing I make more than anything it's LEGO MOCs. Nothing crazy mind you, mostly just custom figs. You can check out some of my custom figs and other MOCs HERE. I also finally finished the Deep Freeze Defender! I sorted and sorted and finally found every last piece! I know I didn't design it, so technically it's not a MOC, but it took me months to build that sucker and I'm proud!
Here are a few new custom figs for The Lunar City Project.


So, what do you guys think? Do you have any other ideas for Lunar City? Let me know in the comments below!

Also, don't forget to check out these other amazing creations!

Brian reminded me that I want to create a LEGO brick built xenomorph when I saw his awesome new diorama at Cool and Collected!

Don't have the Kenner Death Star playset? Learn how to make your very own at G.I. Jigsaw!

This creation by Michael B. is Wonderful!

Who you gonna call? Pop Rewind!

Check out these Harley's at Toyriffic!

Monster Cafe lays some smack down!

SPACE SNAKE! AEIOU and Sometimes Why?

Check out some great art work at This Nerdy Life of Mine!

The Toy Cave: Before and After (I'm back!)

Since I've decided to come back into full activity here at DI Treasures, I thought it appropriate for me to reveal to you my Toy Cave. Now not every toy is on display, but I finally got everything all tidied up and looking beautiful, so I hope you enjoy the tour!

(It also so happens that this goes hand in hand with the current League Of Extraordinary Bloggers assignment "'Shelf' Expression"! So, I'm gonna combine the two. Yeah, I do that a lot. It's all good though, right?) 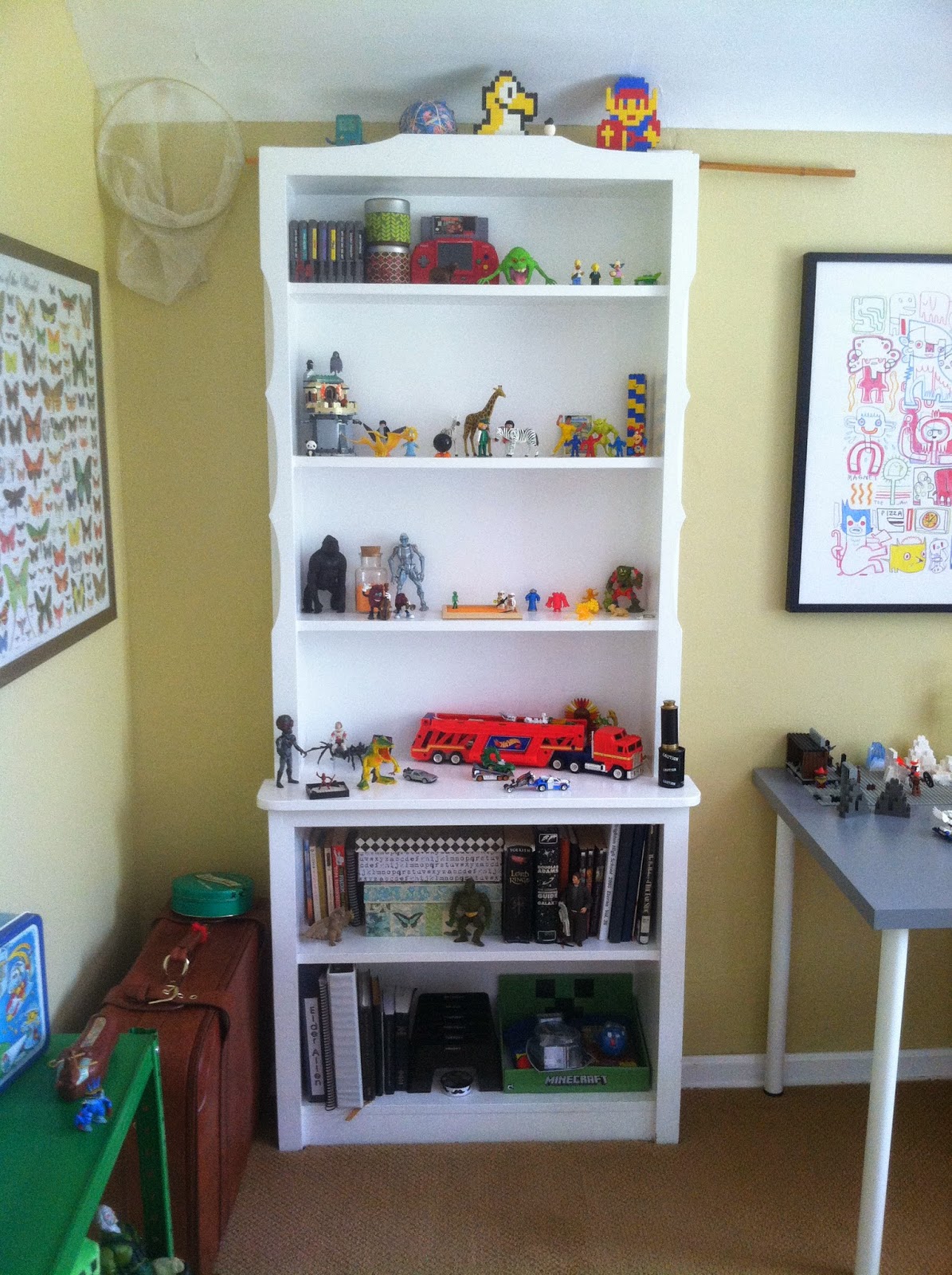 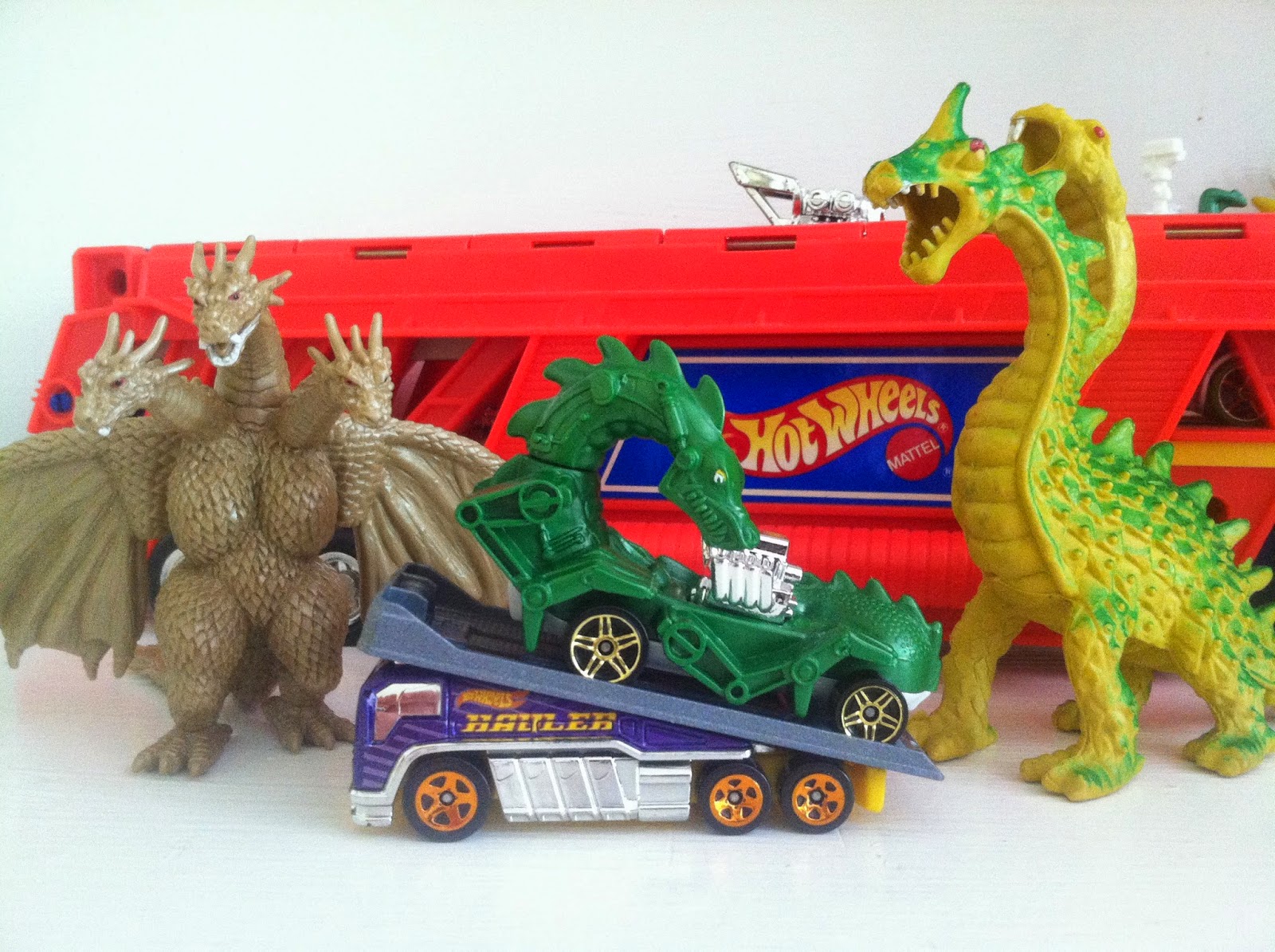 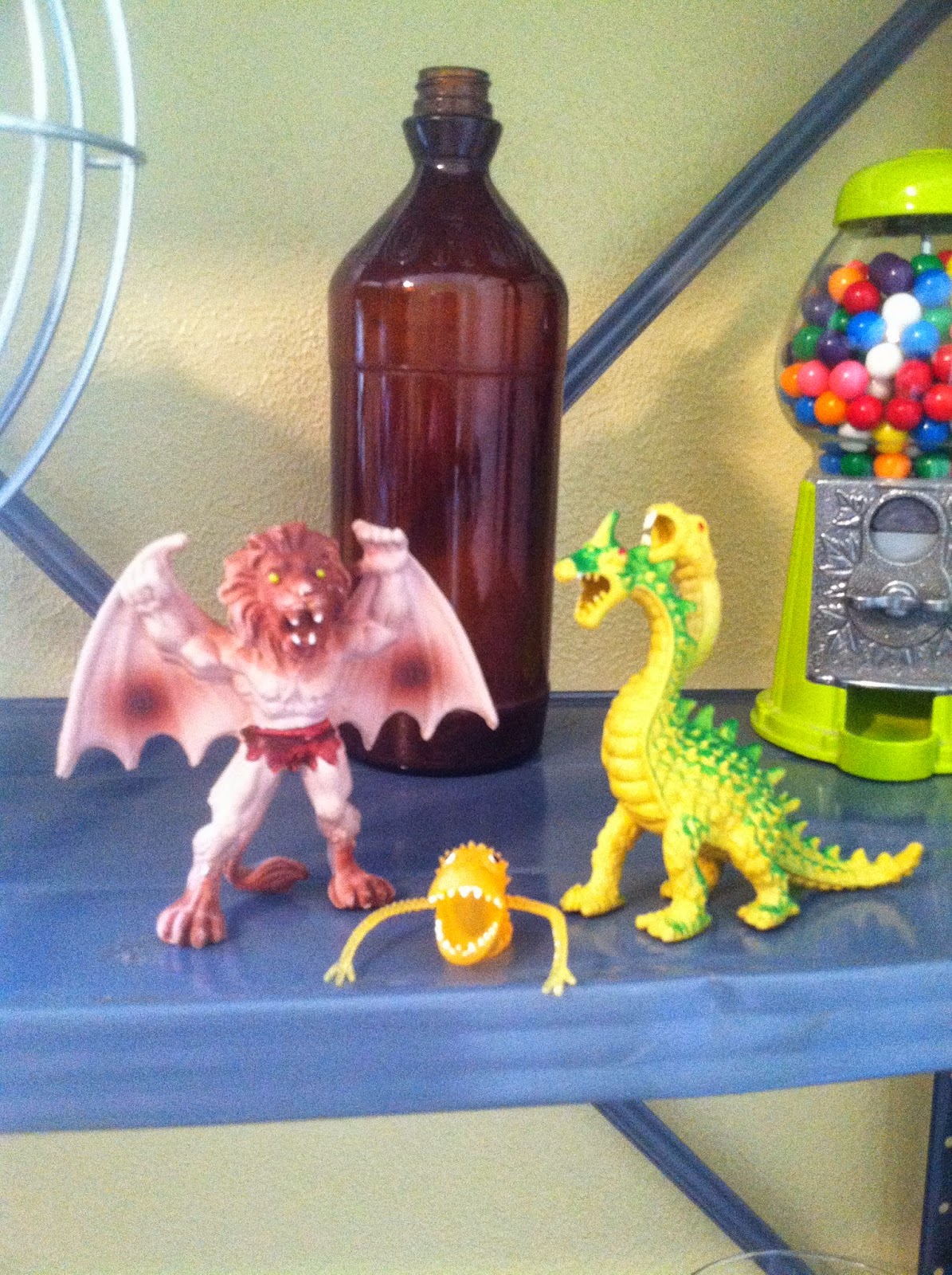 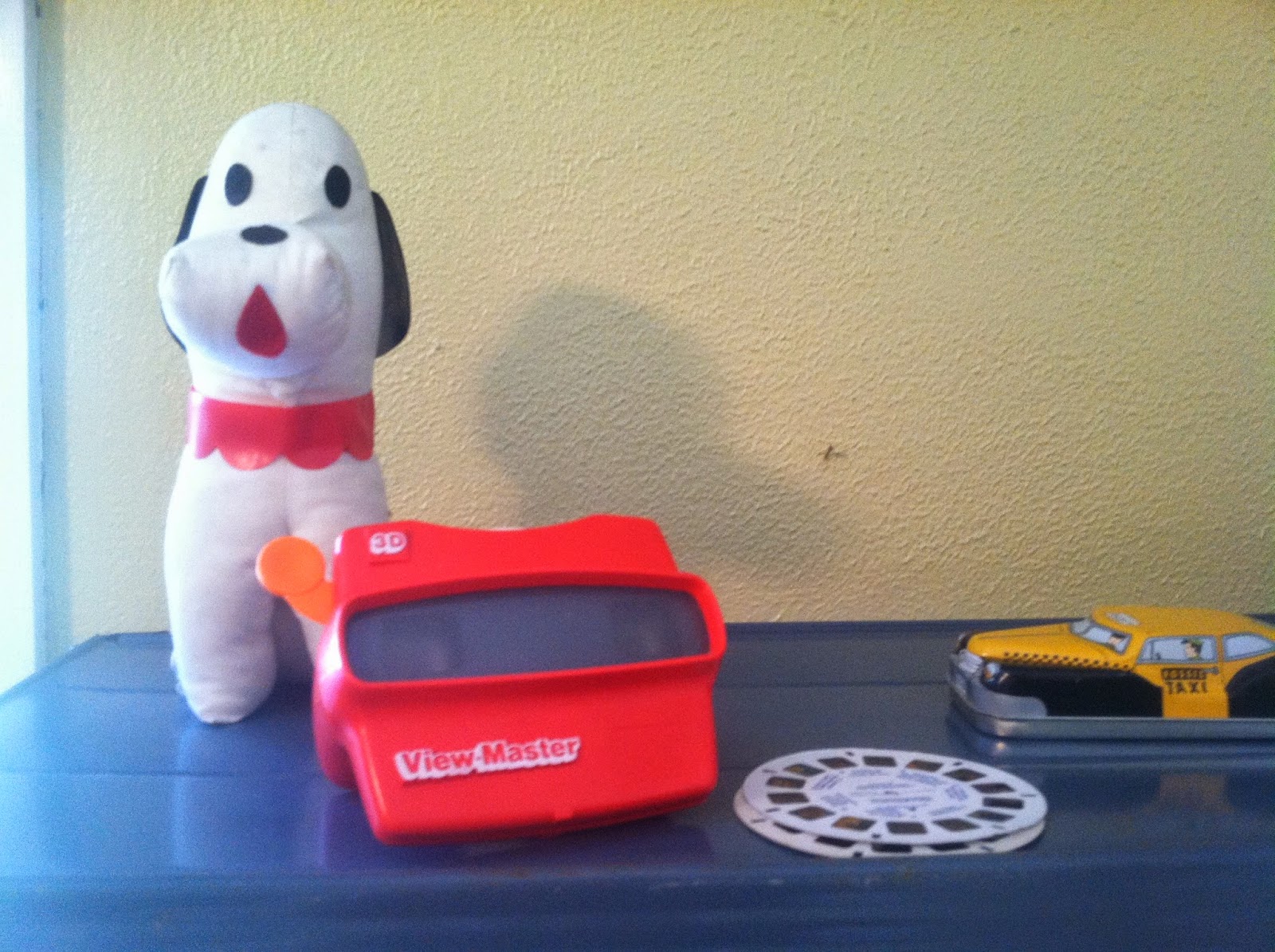 Well, I hope you enjoyed my "shelf" expression. If you're still hungry for more then go check out these beautiful shelves:

Strung Along By String Dolls

It was a day like any other, searching for crappy dollar store toys, when suddenly...

The light shown through the window and I saw these! Imagine my joy as I spotted these voodoo doll super hero "vendos"! Sure, I could tell just by peeking in that there weren't any super heros in there. Heros perhaps, but not of the super variety. Oh well, they're at least worth the 75 cents, right? And at least they're not mixed with non-String Dolls, unlike last time. Well, let's see what we got!


Over all, I'm very satisfied with these vendos. They're just the right amount of creepy and cute. You could honestly stick needles in these guys and they'd totally look like legit voo-doo dolls. Vending machine toys are so lacking now a days and the String Dolls are a hopeful ray of light, in my humble opinion. It's too bad I didn't get any DC Dolls, but I'm still happy with these.

Has anyone out there been lucky enough to nab any of the Super Powers String Dolls? What do ya'll's think of these guys? Comments, below, you get the idea.
Posted by Mason at 4:32 AM 2 comments:

Sunday Reflections: Two Jobs Are Better Than One

So, as you all may know, I have been working 2 jobs for a little while lately. I've done the 2 job jazz in the past, and it looks like the 2 job tango will continue for me for some time now. I remember back in the day when you were pretty much insane to be working 2 jobs, but now-a-days I'm finding it's just the new norm! I met a guy that's struggling to run his own business while he works 4 other jobs on the side! It's all thanks to rising costs and wages staying flat for years, and a bunch of other hoo-haw I won't get into here. And I know college doesn't guarantee you a great job, but what the crap!? No one seems to freaking care that I have a BS degree (No pun intended. Actually, yes, pun intended. I actually have a BA degree). Even then, I have seen many skilled labor jobs that pay terribly. What's a dork to do? I wanna provide for my family. I want my wife to be able to be home with the kids. In the words of Nacho, "I wanna win!" 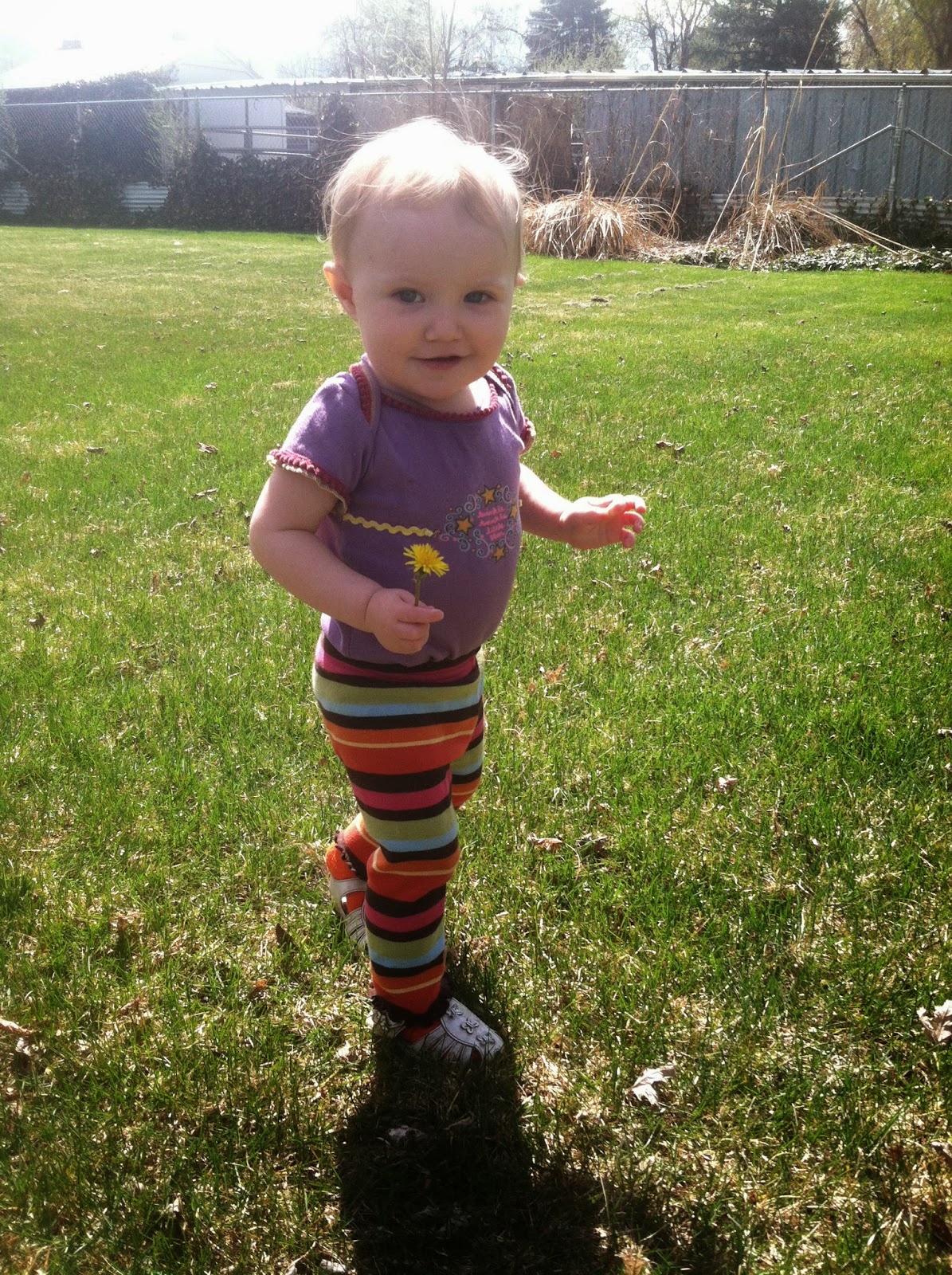 Sorry, a bit of a rant today, but I'm just so tired. I hate not having time with my family. I hate seeing my blog shrivel up and die. Is there any hope out there? Do good jobs still exist? Please don't tell me commission sales is the answer. Are there any other fellow nerds out there working 2 or more jobs? Is there a perfect dream job out there for a geek like me? Make your voice heard in the comments below!
Posted by Mason at 10:21 AM 8 comments: