Return of The Aquabats! Super Show!

If you are fan of the rock n' roll super heroes The Aquabats! then you have heard of The Aquabats! Super Show!  Sadly, through no falt of their own, the show has been cancelled after the 2nd season.

Jacobs admitted he was surprised by this turn of events, noting "Everything we heard was that the show has been a real Cinderella story for the Hub and that it was rating really well with viewers. We just assumed that we'd eventually go back into production or at least get picked up for Season 3", but ultimately concluded "it is what it is" in regard to the network's decision. Despite this, Jacobs remained optimistic about the series' future, saying "Given that we now live in a world where people are streaming TV shows directly onto their iPhones & computers, and given that companies like Netflix & Yahoo! are now picking up so much new content for their customers...I just find it hard to believe that The Aquabats! Super Show! is really over. I mean, we haven't even made any toys yet".[7] He concluded by stating "It took us almost 15 years to get that TV series made. And even though we've got a bunch more concert dates lined up for the rest of this year, our first priority is to find a new home for The Aquabats! Super Show!".

Hopefully Super Show! isn't truly over yet and we will someday see real life Aquabats action figures!  I have no doubt this will happen eventually, since Jacobs created the hit TV show Yo Gabba Gabba and there are loads of toys!  Toys are even a topic in the song Playdough, so you know they're near and dear to The Aquabats collective heart.  In the mean time we have The Aquabats Super Vlog to enjoy.

Email ThisBlogThis!Share to TwitterShare to FacebookShare to Pinterest
Labels: The Aquabats, toys, TV 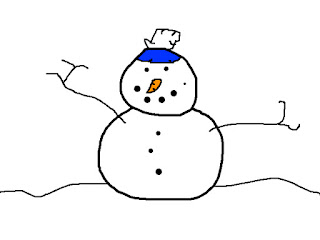 Announcements? Events? Tell Mason to add to calendar! Want an editable virtual copy of the calendar? Let me know your email address and I will send you one. J

Anticipated January LEGO sets:
75827 Ghostbusters Firehouse Headquarters-This looks amazing! I never thought I'd see the day, a Slimer LEGO minifigure!!!  Up until now everyone has been using Rotta the Huttlet as a Slimer substitute.
71011 Series 15 Minifigures
NEW Nexo Knights themed sets (futuristic Knights theme!? Essentially Knights IN SPACE! Ninjago gave the Ninja theme a sci-fi/space treatment, and now I suppose it's time for LEGO Knights to go cyberpunk, complete with only one female antagonist and an annoying TV show to boot! What classic LEGO theme will receive the cyberpunk treatment next???)
76049 Avenjet Space Mission
NEW Disney Princess themed sets

What's on your calendar for January 2016? Happy New Year!