I recently swapped some toys with Jake, @toonsntoys of Instagram and blogger at the Animated TV Blog. He shares my passion for animated TV shows and awesome toys. Here's what he so generously sent me on my side of the trade, Battle Beasts! 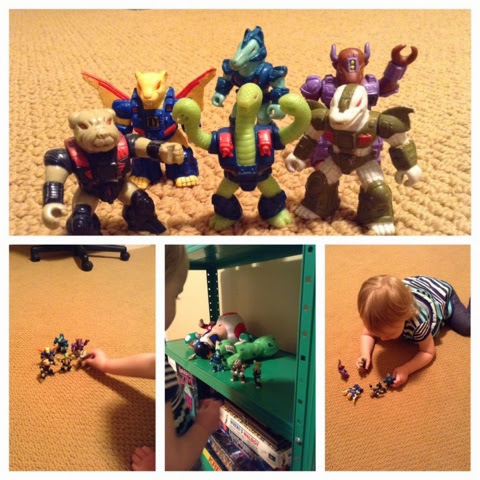 As wih most toys, Ava immediately took over and started playing with Daddy's new toys. She loves the doggy and the horsey (Sir Sire Horse) and always makes the corresponding animal noises when playing with them. 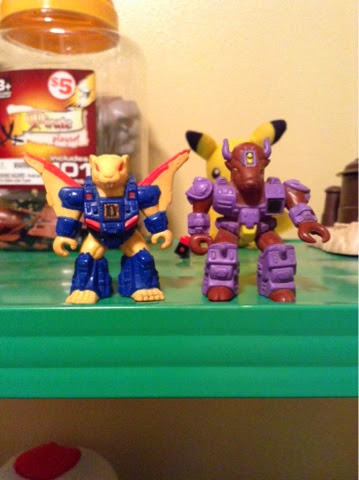 I think the guy on the left is a rat, or maybe a flying squirrel? (Turns out he's known as Squirly Squirrel, and his friend is Bloodthirsty Bison)

I also received some parts, including a one armed Duck and Lamb (turns out he's a camel, oops), and a really cool owl missing both arms. No weapons were included either, so I'm hunting those down as well. If anyone has any of these parts please let me know! 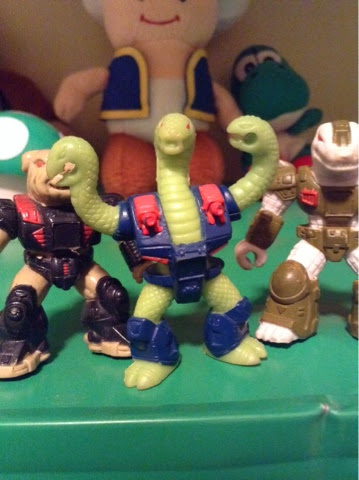 I'm thinking of devoting a post to my top 10 favorite toys, and I do believe I will include this Snake Battle Beast! I should probably learn his name already. (I just looked it up, his name is Triple Threat Snake, to his right is Gruesome Gator and to his left is Bludgeonly Bulldog)

Thank you again Jake, these Battle Beasts are incredible, I can see why they're so popular!