FINALLY, we get a first look at what Funko has planned for the Garbage Pail Kids!

A quick Google search revealed these glorious photos posted on Rad Retro Stuff, thanks to GeePeeKay on Twitter: 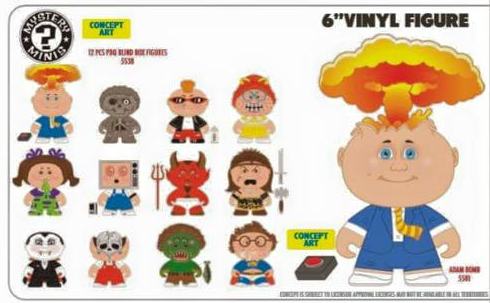 The Mystery Minis are cool, but I think I would rather have Cheap Toys or Minikins. Still, they look pretty sweet, and I suppose the articulation and accessories set it apart. 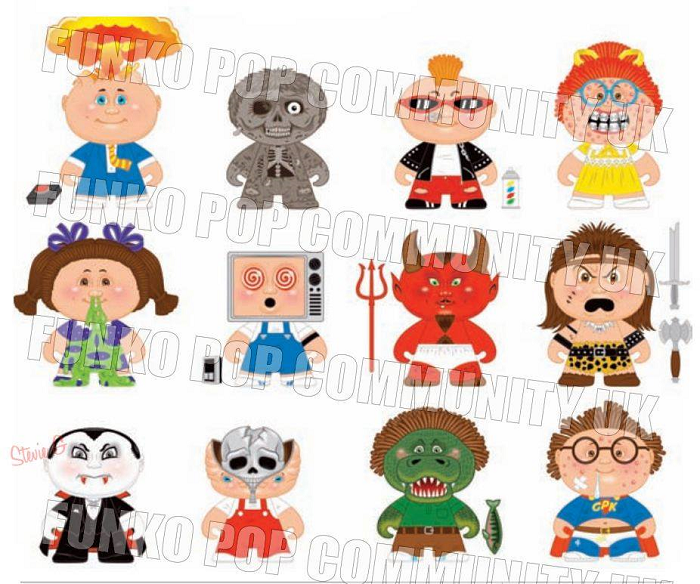 I am really tempted to break my no new toys diet rule! I wouldn't complain if someone gave me some of these little guys as a gift though. Tee-Vee Stevie is probably my favorite, followed by Dead Ted. The big headedness of GPK characters works really well with the POP! look.

Are there any Funko fans that plan on collecting some of the up and coming GPK figures? Who are your favorites?

The latest DI Tresures follower Steve Rotters has informed me that Funko will not be releasing POP! figures. The figures pictured are only the smaller Mystery Minis. Hopefully somewhere down the road they will release some of the larger POP! figures, because if there's on thing I hate it is blind box toys, forcing you to buy more toys you don't want! I know some people like the mystery, but I hate it because I'm trying to be a toy hoarder on a shoe string budget here!

Follow the link HERE to see a more accurate description of these disgusting little guys!