So you've probably read one billion and one reviews of the new LEGO Minifigures Series 13. As much as it pains me to spend 4 whole dollars on a toy I just could not miss out on these. Although I did score a deal on some of them, one dollar off, not bad I guess.

Anyways, since I'm sure you've seen several reviews I decided to mash things up a bit, because isn't that the whole point of LEGO? 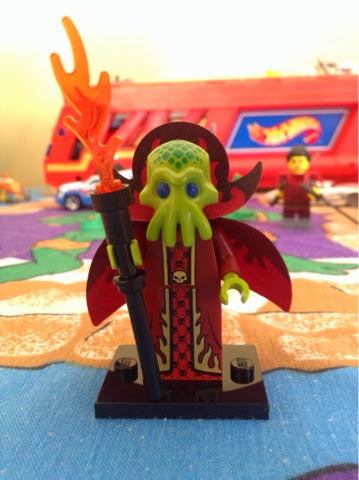 Using parts I scratched from the Evil Wizard and the head of the Squid Alien I made a quick and easy Illithid from D&D and I must say I rather like him! That Squidy head also has some great potential for a Cthulu MOC as well. 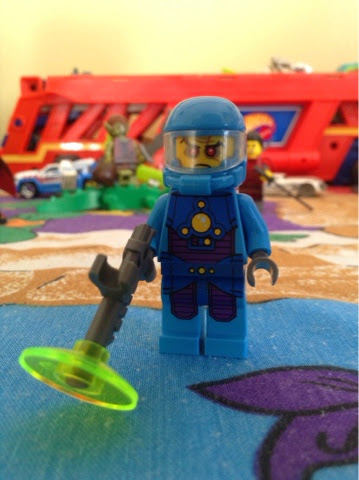 I believe in using all the parts of a LEGO animal, so I nicked an ADU helmet and used the Squid Alien's suit for our Evil Wizard friend here. Now he's an Evil Wizard in spaaaaaacccee!

Master Yoshi with The Mighty Samurai 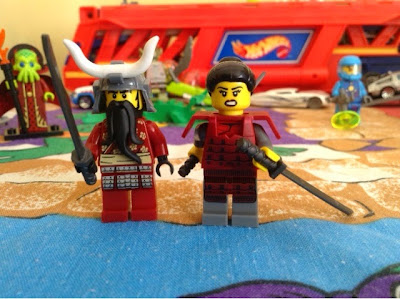 And the last scrap of Evil Wizard, the beard, goes to Samurai Warrior from Series 3! Him and Lady Samurai make quite a pair! Lady Samurai was perfect as is, so no customization here. She is quite a refreshing change from Kimono Girl (Series 4). Whenever I see Asian Minifigures of any kind I try to snatch them up. I really miss the pre-Ninjago Ninja theme, a short lived sub theme of castle. Why are the best themes always so short lived? 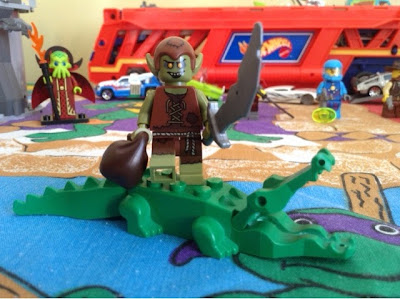 The Goblin is awesome! I like him just the way he is, so I just gave him a crocodile mount. Very clever reuse of the Elf head piece LEGO! 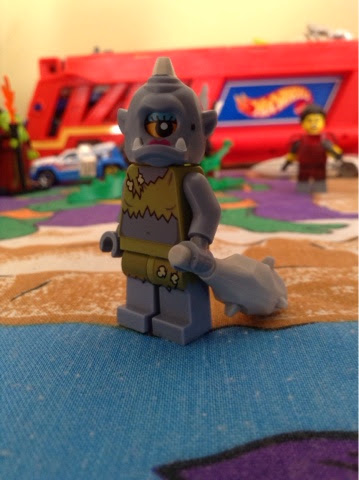 Another fantastic female minifig from this series! There were 5 females in this series and this one's my absolute favorite female LEGO minifig of all time! What's not to love!? I'm quite impressed with LEGO and all the female figures they're producing. I would honestly be happy if the next series was half females, or even all females! Ask any AFOL you know, we always want more lady figs. 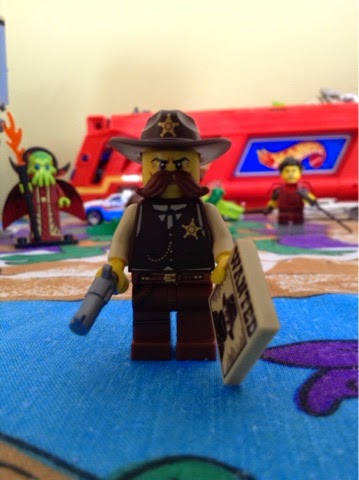 I just couldn't miss out on a chance to add to my Wild West theme. I was going to pass on the Sheriff, but I kept feeling that darn hat, so I thought what the heck. I love his moustache piece and the WANTED poster is a nice touch. He also has printing of a gun holds tee on his right leg. Nice!

I know what you're all thinking: what, not hotdog guy!? Nah, I'm very serious about my LEGO collection and that guy makes a mockery of LEGO! (Just kidding!)

Also, if you collected some of these don't forget to keep the papers! They have codes so you can "enter and win!" Just go to LEGO.com/minifigures to enter your code. You will need to be logged into your LEGO account. If you don't have one you will need to create one. 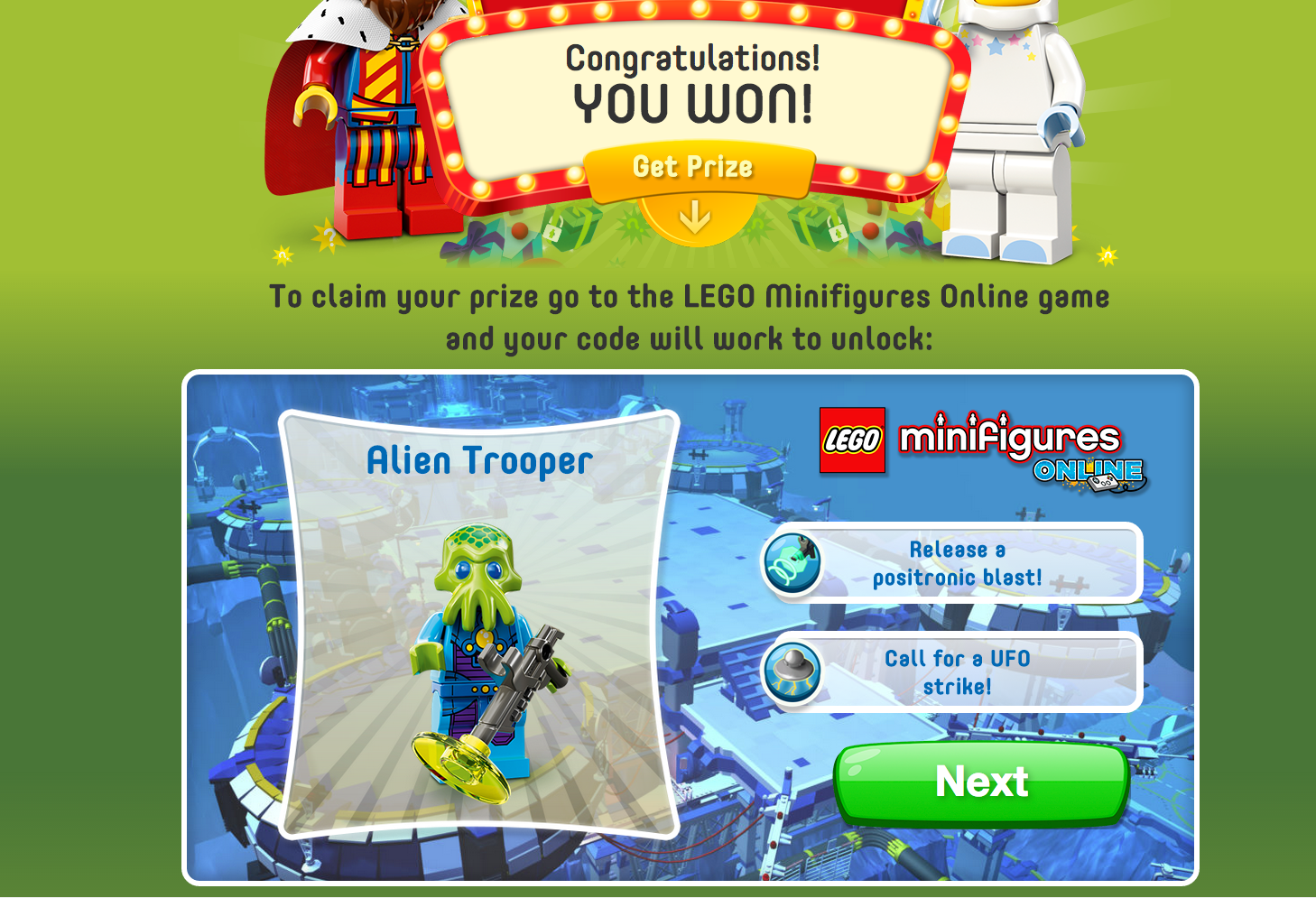 Once you've entered your code it will take you to the above screen. Click next. 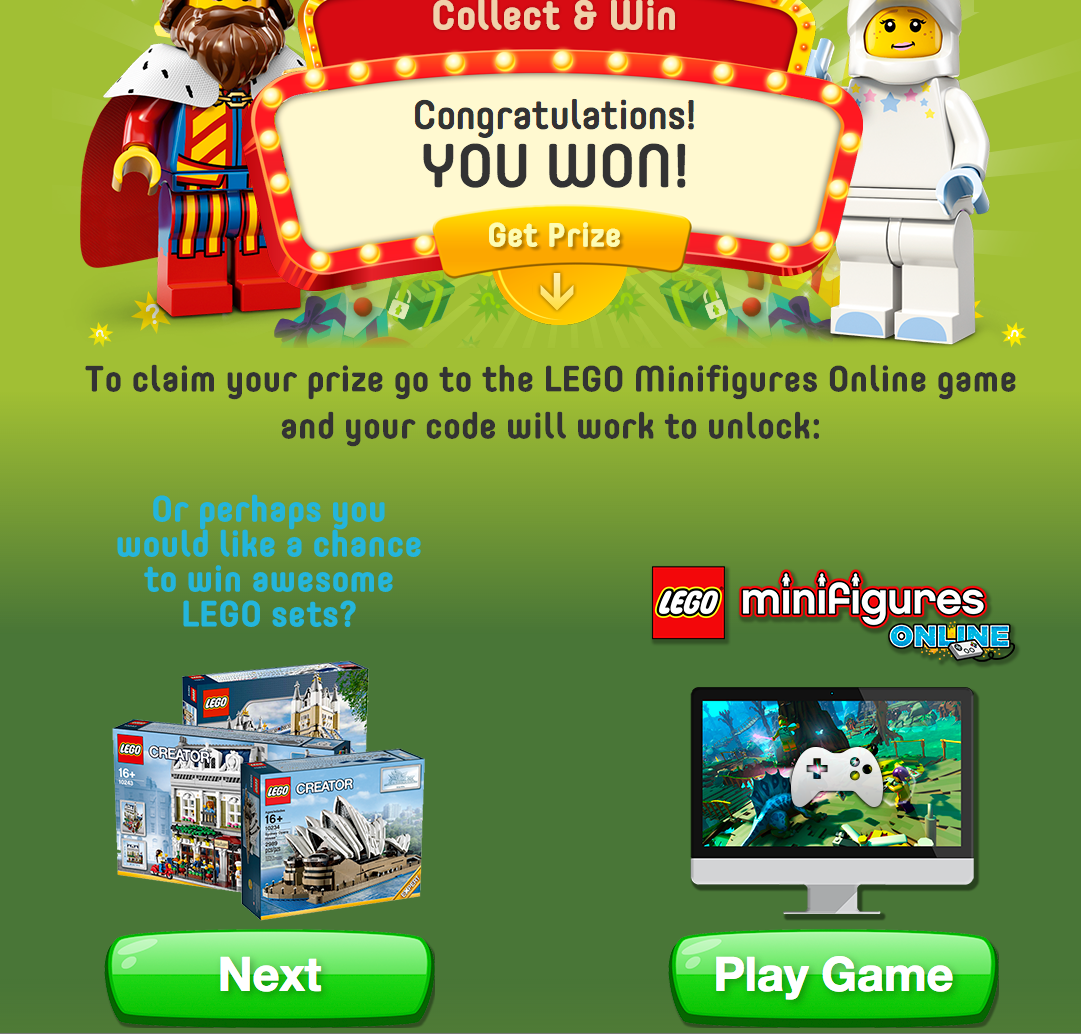 Thankfully you then get 2 options:
1. You can claim the virtual version of your new minifigures on the new LEGO Minifigures Online game OR
2. Enter for "a chance to win awesome LEGO sets."

Series 12 gave only option number 1, and the game wasn't compatible with Macs yet. Maybe it still isn't, I don't know. I think option 2 is the way to go.

So, what does everyone think of Series 13? Have you made any crazy mashups or cool customs using Series 13 parts? Has anyone played LEGO Minifigure Online? Tell me in the comments below!