While I was watching the Netflix documentary, Making Fun: The Story of Funko, I discovered that Funko is releasing several horror themed cereals in Summer 2018! (Not yet released at the time this post was written) 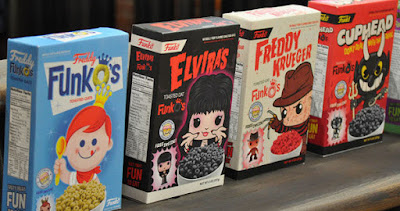 Funko is working on the following themed cereals, to include a mini-Pop figures in each box, for just $7.99!

Did you buy some Funko cereal, or do you plan to?  What do you think?  Did you open the box, or leave it sealed?