Of Beards And Men 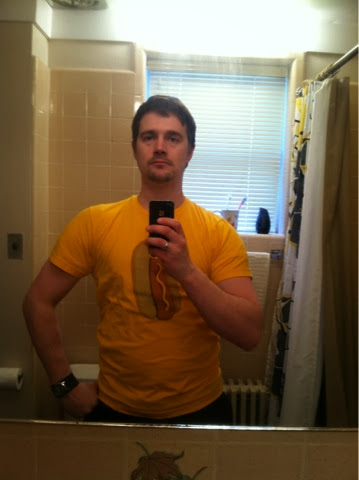 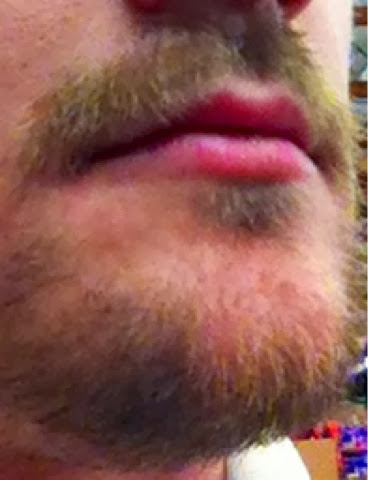 I've had beards on the brain lately and that eventually led to a beard on my face. Not the grizzliest of beards mind you, my facial hair has always been a bit odd. Half of my facial hair is blonde, despite my dark brown head of hair. I never could grow a decent beard, though I did grow the nappiest goatee you ever did see during the tail end of my senior year in high school. I've always been a bit like my fictitious hero, Napoleon Dynamite. I was always super jealous of anyone in high school that could grow a nice beard or mustache. I totally have beard envy.

...too full on beard! His wife, Jerusha, co-writer of all the Hess films, seems pretty thrilled about Jared's awesome beard!

On another note, I really like what Peter Jackson has done with the dwarves in The Hobbit movies. Each dwarf has a unique look with a unique beard to boot; proving that you don't need a huge honkin' 3 foot long beard to be considered a true dwarf. All you need is, at the very least, a few sprigs of facial hair. I may not have the fullest of beards, but by Jove, it's a beard fit for a dwarf!

When I first read The Hobbit I couldn't tell Nili from Gili, or Bofur from Gofur for that matter. In my mind's eye they were all just a bunch of dwarves, all with the standard dwarfy beard. They're pretty much identical in the original cartoon as well. No donut beard experiment going on here. 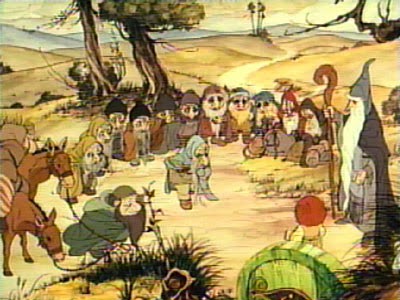 Since my wife isn't the biggest fan of my new facial plumage, I'm afraid it'll just have to go. Soon I'll be back to my baby face self again and I can expect to be called "buddy", "hey kid", "young man" and I've even been called "sweetheart" and "little one". Please, never ever refer to a grown man with such terms! Unless that man is your husband or boyfriend these terms are just downright hurtful! 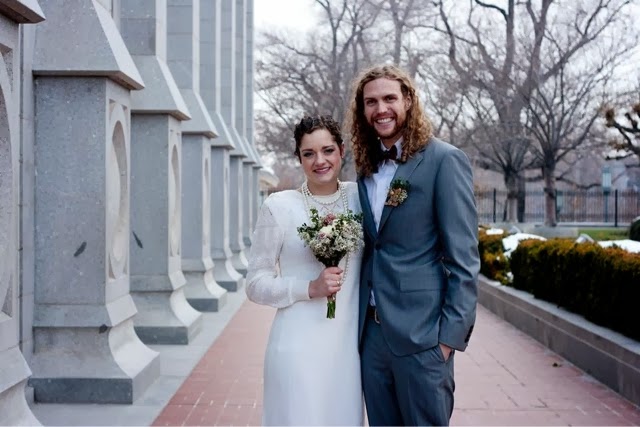 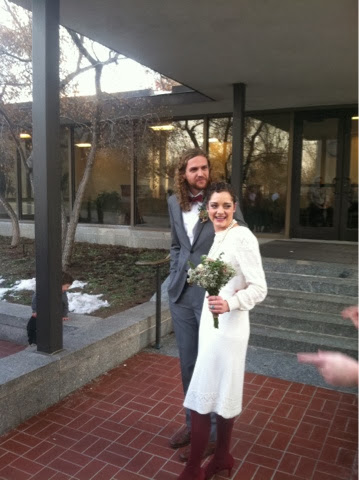 My sister Percie was recently wed to a wonderful bearded man. He's quite the musician, so be sure to check out Rob's band L'Anarchriste and their latest album "Giant" on Kickstarter!

Laura of Boo Bobby suggested I catalogue some portraits with my toys before the beard goes down the sink and is lost forever. What a grand idea! 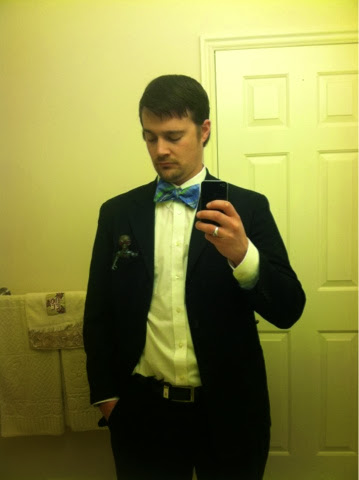 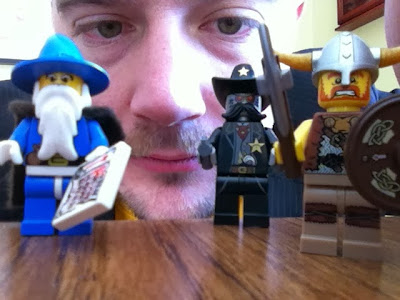 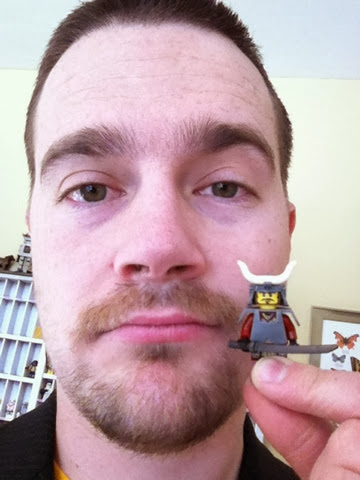 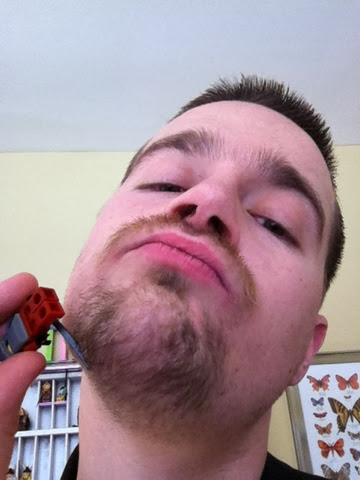 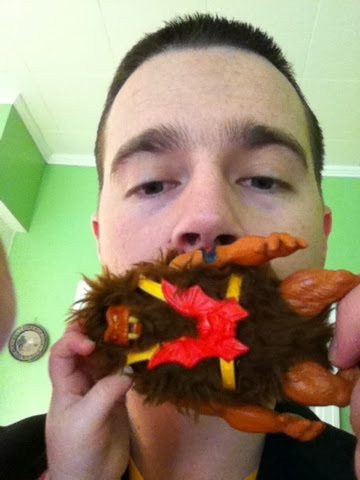 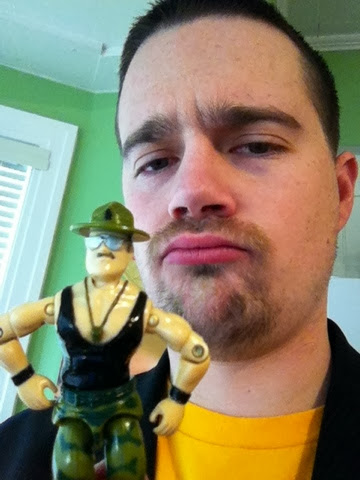 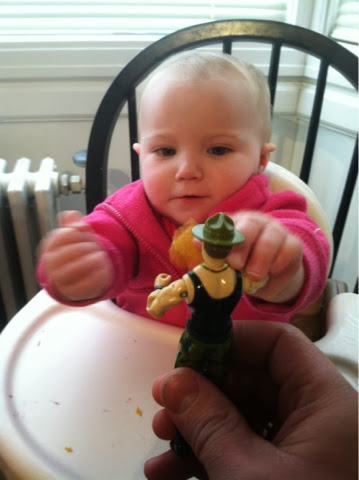 Real men take care of there own, beard or no beard. 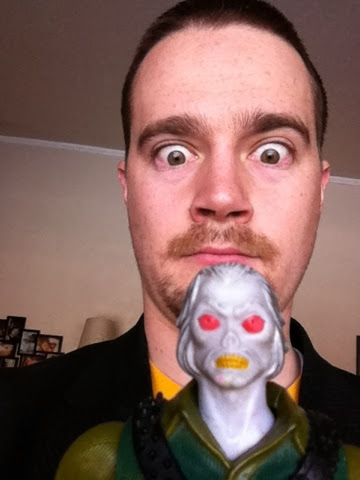 The beard came off and I went just mustache for a day! 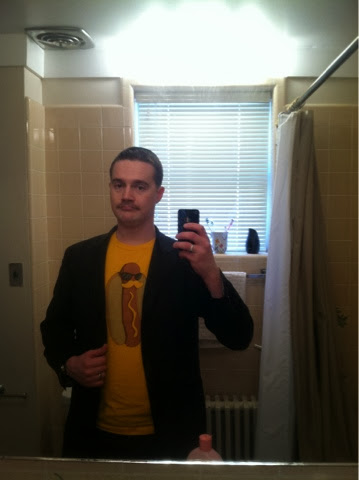 It's not a hotdog mirror, but it's close enough. 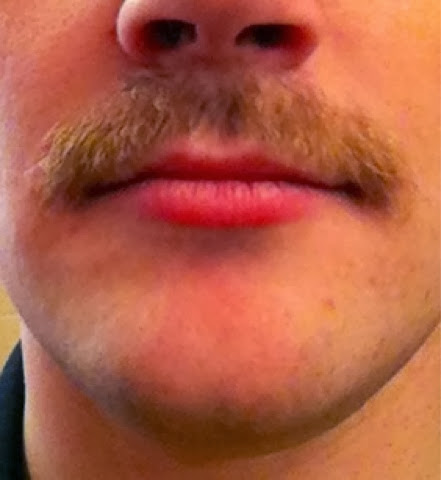 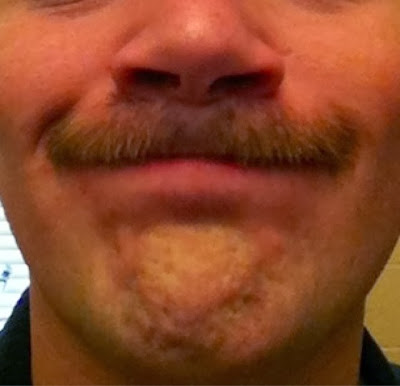 If I didn't mention your blog then I don't know whether or not you or one you love has a beard. Throw in a link below and I'll add you to the Bearded Blogger Greats! Mustaches count!