2014 is turning out to be a cold year indeed, but at least I can better enjoy my favorite Space sub-theme, Ice Planet 2002! I love the snowy whites, the icy blues, and the wonderfully flashy translucent neon orange! This amazing series of LEGO sets only lasted a mere year or so from 1993-1994. With the series being so short lived it featured only 3 minifigures. Let's take a look at these guys (and gal)!


This young chap is coldly referred to as the Ice Planet Astronaut. He even bleached his shaggy hair to fit the bill. I believe the Ice Planet series was the first to feature a chainsaw piece.

Here we have the Ice Planet Female, as brave and resourceful as she is beautiful! She was the first female minifigure from the LEGO Space universe. She sports lovely red hair instead of the usual white hair that most Ice Planet Astronauts have for some reason. She wears a bold red lipstick and her simple black hoop earrings are a nice touch. 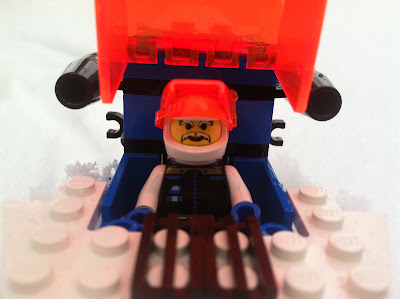 Last but certainly not least I give you Commander Cold, the fearless leader of this scientific expedition to planet Krysto. No fearless leader is truly prepared without a manly mustache and bushy white eyebrows! And of course, Commander Cold bears the uniform of a high ranking officer, unlike his younger, less experienced subordinates.

As a kid I only had a few small Ice Planet sets, but you may recall my lucky LEGO score at a garage sale a while back. (Read about my amazing find HERE!) It's taken me several months and some serious back pain to finally piece together the shattered remains of The Deep Freeze Defender, but it was totally worth it! Get ready to feast your eyes upon the most beautiful of all LEGO Space ships! 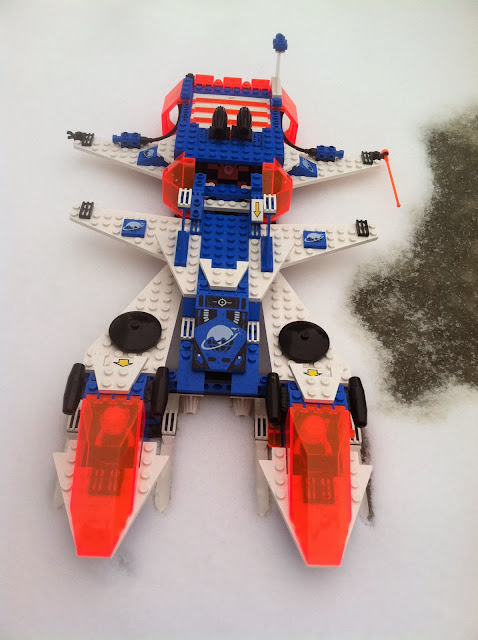 This thing is massive, measuring over a foot in length! Now, truth be told, I am still missing few little detail pieces. Hopefully I can hunt them down and put the finishing touches on this hulking beauty. If anyone out there has spare Ice Planet pieces that you would be willing to part with or trade/sell then please let me know pronto! Thank you in advance! 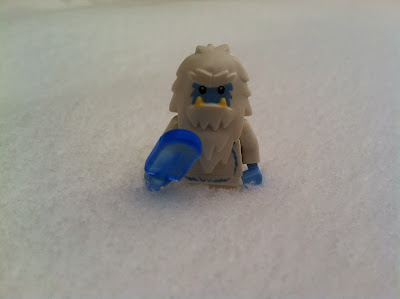 One guy that comes immediately to mind is the Yeti from the recent LEGO Minifigure series 11. He's the perfect roaming local life form for planet Krysto! And he even comes with a yummy ice-flavored popsicle. Yum!

I'm sure there are other great modern tie-ins for Ice Planet. What other modern sets can you think of?

So there you have it folks, Ice Planet 2002, an icy cold space odyssey! So what do you think? Is Ice Planet the greatest Space theme or what?