Another recent tube o' figs released by Imperial, it's Army Men vs Cavemen! 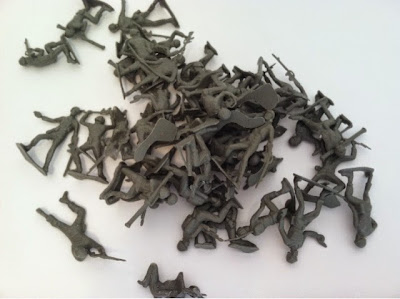 The army men are the plain old green army men we all know and love, nothing to get excited about.  The cavemen on the other hand are pretty neat. 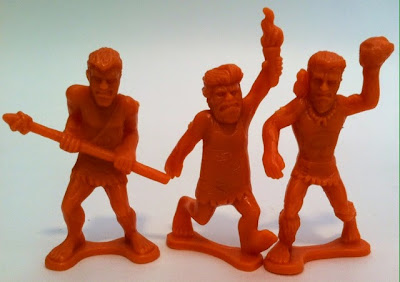 The first Olympic runner and the first trained parrot on the right guy's shoulder. 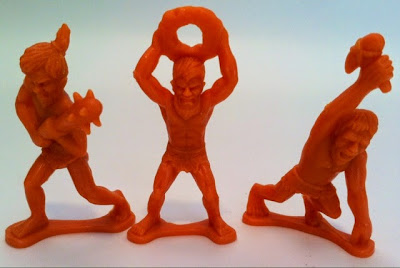 Little plastic cavemen figures just wouldn't be complete without one thing, you gussed it, Realistic Dinosaurs! 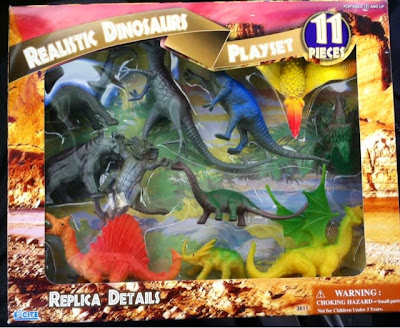 4 of these "dinosaurs" look familiar. Do you know which ones? 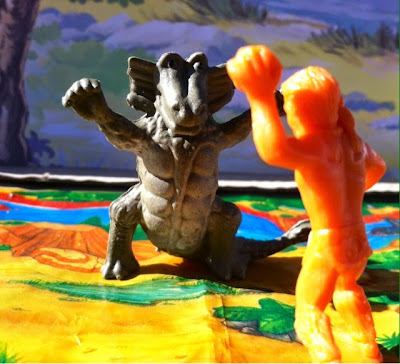 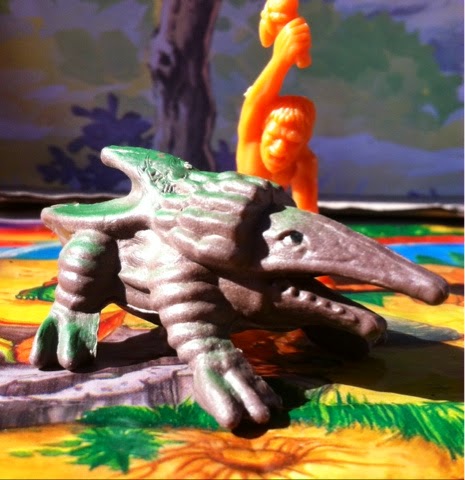 The Bulette! This vicious beast, also known as a "land shark", is said to still lie hidden beneath the earth's crust. Some say this creature inspired the hit movie Tremors. The creature was also used in the game Dungeons & Dragons. 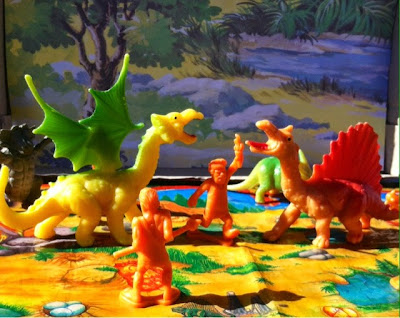 Everyone knows that dragons are decedent of the dinosaurs! Back then these 2 terrible wurms guarded natural caches of precious gems. Millennia later they went on to wage battle in The Great War Of The Sword & The Sorcerer.

Check Your local Rite-Aid for a pack of "Realistic Dinosaurs" and anywhere they sell Imperial toys for the Cavemen.
Posted by Mason at 9:11 PM