Before the film was created, Tim wrote the fun little poem.  Inspired by all the Christmas merchandise that would start hogging shelves before Halloween was even over. 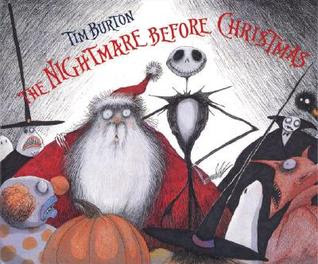 Originally, Patrick Stewart was going to narrate for the film adaptation, but it was scrapped for some reason.  A few little tidbits were lost from Patrick Stewart's monologues, although no Mr. Oogie Boogie is to be found in the original poem.  If you're a true Nightmare Before Christmas fan, it is well worth a listen.  I would also highly recommend reading the original book with Tim Burton's original art work.

Yes, Jack and Sally had Skeleton children, and of course they formed a xylophone band!
Posted by Mason at 9:19 PM