Not as cool as the Slimer version, but still very cool. I love the ectoplasm green tinted windows, sparkly orange paint, and shiny golden underbelly. 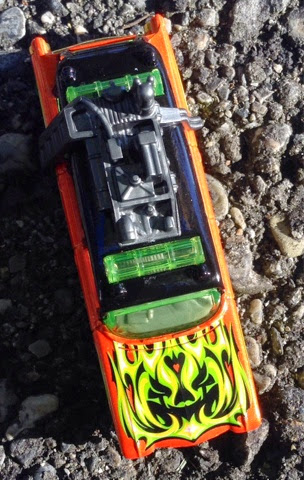 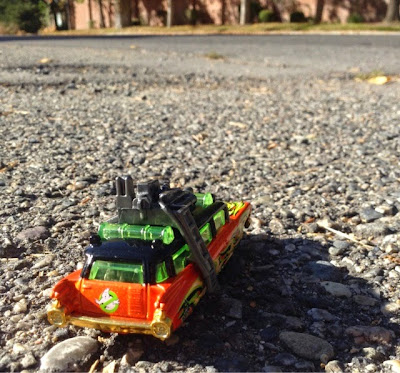 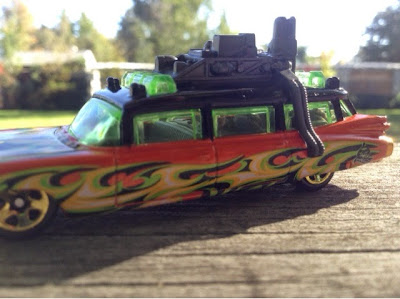 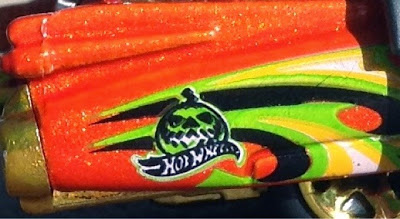 The orange paint has a hint of sparkle in it. I really like the green jack-o-lantern Hot Wheels seal. 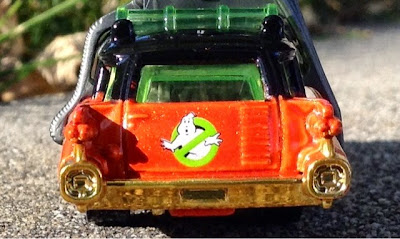 Later after dinner I discovered that all the equipment on top is easily removed revealing a secret sunroof! Stored away inside there are 4 proton packs! 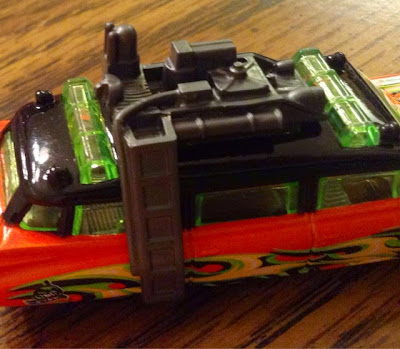 If you look carefully you can see what looks like a ghost trap on top of the ladder. 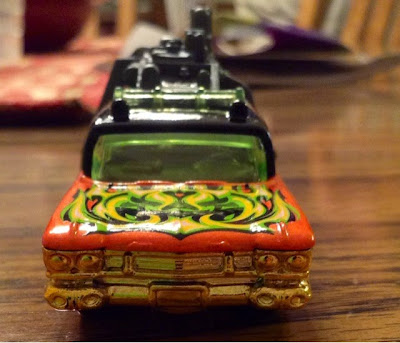 Email ThisBlogThis!Share to TwitterShare to FacebookShare to Pinterest
Labels: Ghostbusters