They're back again this year!  Not sure how many years they have done the Square Pumpkin, but we're talking 35+ years now!  I really wish they would run a new local commercial.  TV is all but dead these days.  Arctic Circle has ditched the "Square Pumpkin" title it seems, and now just offers a spooky Halloween themed kids meal box.  It's not as cool as in years past, but I'll take it.  The food is the same, the only difference is the box, and the annual Halloween "flashlights".  Gotta keep them safe for Tricks and Treats! 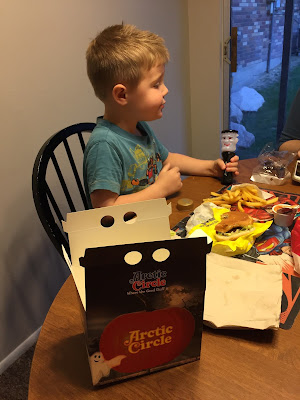 This boy is also obsessed with cheese burgers right now! 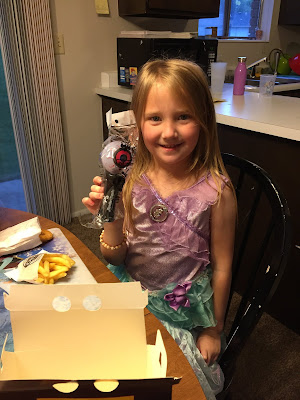 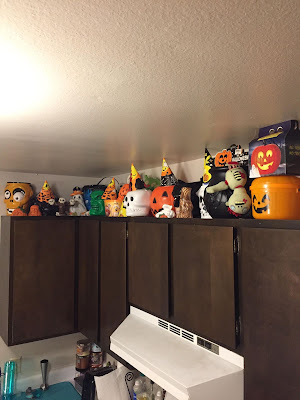 Milen got the Franky, and Ava got the Eyeball.  The flashlights don't change much from year to year, but they are a fun little tradition.  One year they had robot flashlights, which was stranger than aliens for Halloween.  Like I said, I'll take it.  (They're better than the flashlights featured in the above commercial .  I wish I knew when that commercial aired.  I wanna say late 90's, early 2000's?)  McDonald's is lame now and doesn't offer Halloween Happy Meals, and BK is totally out to lunch when it comes to their kid's meals.  The Burger King Kid's Club is dead. 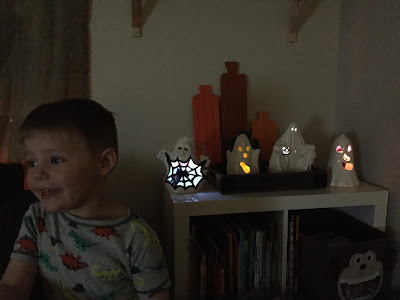 Anyways, I got my usual Pumpkin Pie shake.  This time I added chocolate, which made it kind of taste like pumpkin chocolate chip cookie ice cream.  And for some reason they topped it off with a Nilla Waffer. 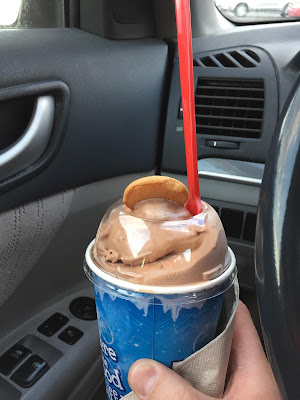 Any other Utahns out there?  What do you think of the Square Pumpkin meals?  If you're not from Utah, do you have any local eateries that offer Halloween themed kids meals?  If you do know of any other fast food joints with halloween offerings this year then please let me know!  and show me pictures!