Imperial has recently come out with some great zombie plastic figures in a jar! Let's check 'em out.

I rather like the carrying tube. The convenient handle makes play time on the go a snap. 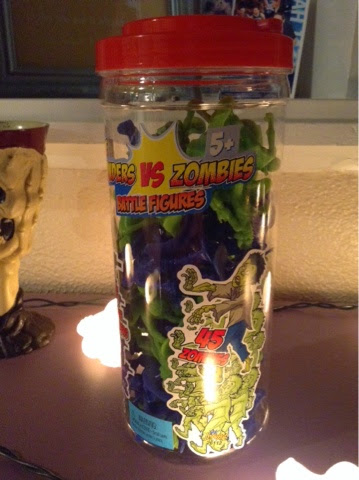 There were 6 zombie molds inside, or different classes if you will. 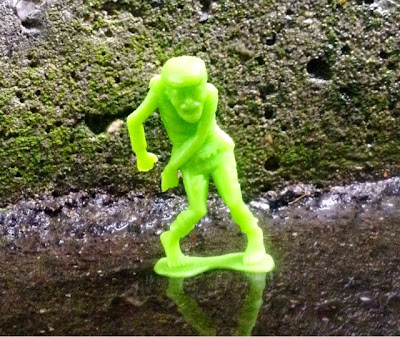 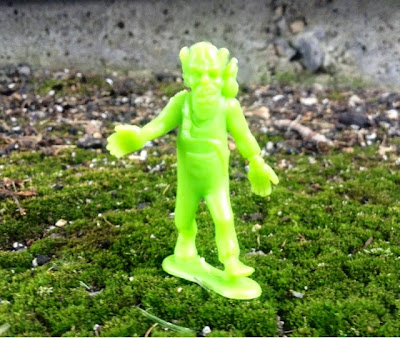 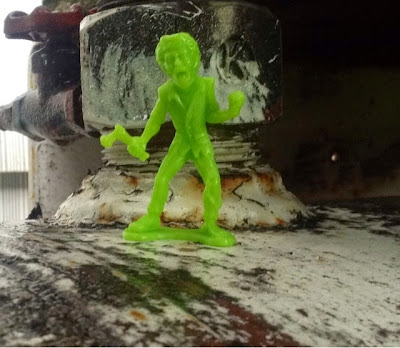 The Berserker is a lot like your Resident Evil Crimson head. They just can't get enough fresh human meats. They often cling to bones that have been gnawed clean and use them as crude weapons. 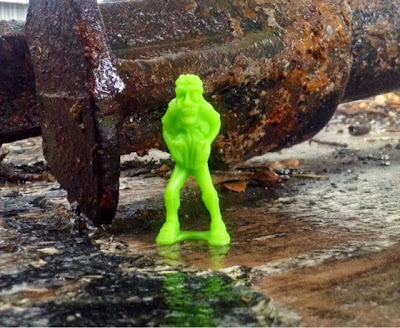 The Gut Wrencher has to hold its guts in to keep from tripping. 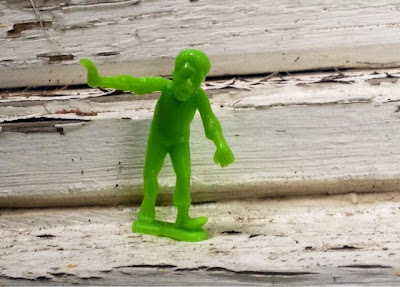 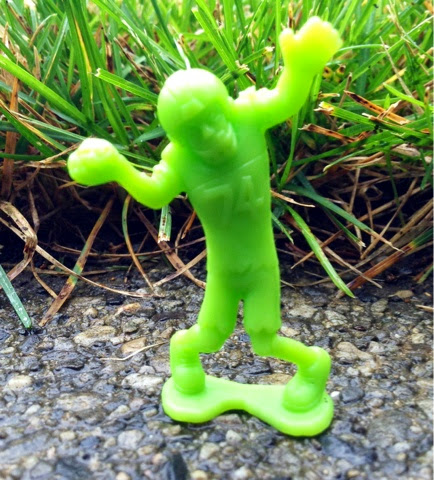 The Brain Jock holds a fresh brain in place of the old pig skin.

The "Zombie Responders" are nothing more than plain old Army Men, and came in 16 varieties. They do have a nice blue glow, I'll give them that, but they aren't nearly as detailed as the zombies. 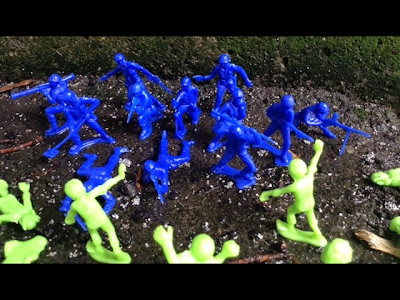 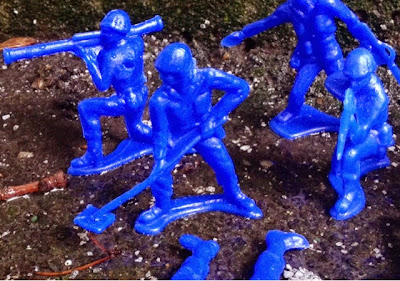 Some seem to be highly affective against the undead, like Bazooka Joe. Others, not so much. I'd had to be metal detector guy. 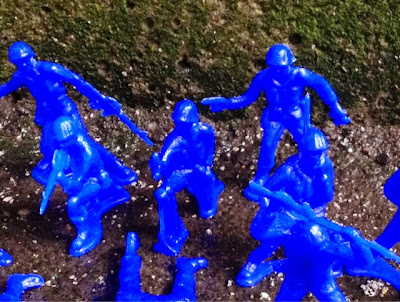 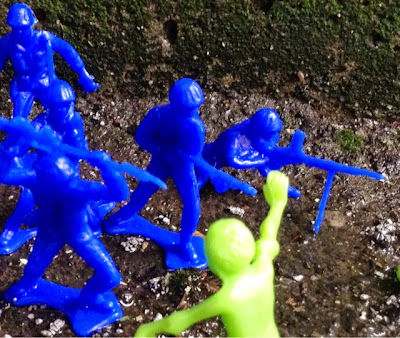 There was 1 single flame thrower guy in the set. It would be kind of fun to torch zombies, but if I know my zombie lore it can often make matters worse. Machine guy's got it goin' on!

I give Zombie Responders vs Zombies an 8 out of 10. Definitely 5 dollars well spent. I wish the responders weren't merely Army Men, but at least the coolness of the zombies makes up for it.