My Dad found some sweet die cast funny cars for cheap at the DI and kindly donated them to DI Treasures! Thanks Dad!

Now obviously these don't all qualify as Creepy Cruisers, but I just wanted to show them all off. 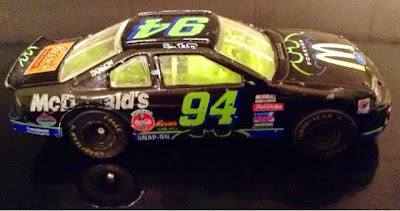 First off we have Billy Elliot's NASCAR Thunderbat produced by Racing Champions, Inc. Maybe I'm a brain-dead victim of advertising, but one thing I love about funny cars are all the brand names crammed into one location! Coca-Cola, Amoco, McDonald's, Reese's, Snap-On, Batman Forever, True Value, NASCAR, 76 gasoline, Goodyear, Ford, and a few more that are so small I can't quite make them out. 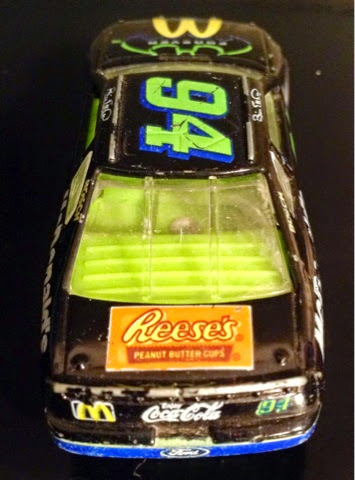 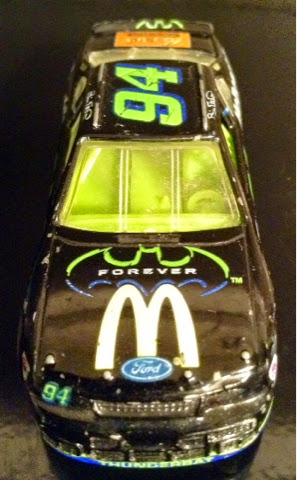 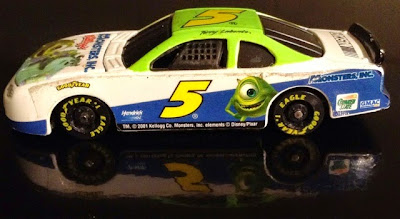 Next we have Terry Labonte's Monte Carlo, a 2001 Kellog's cereal box prize. 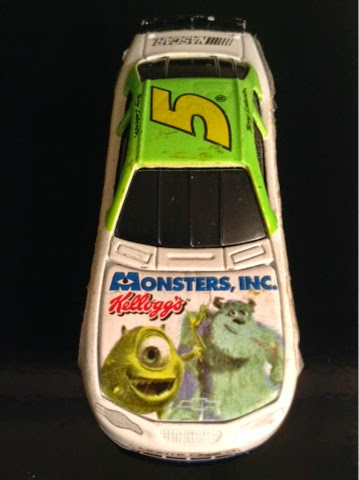 There aren't nearly as many subliminal ads on this car, but we do get Kellog's, Pixar's Monsters, Inc., NASCAR, Good Year, Quaker State, GMAC, & Hendrick. 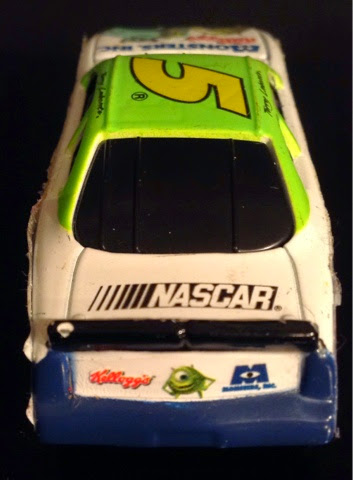 As you can probably tell most diecast cereal box toys do usually come with a few stickers, but the opening hood almost makes up for that! The quality is even lower than The Thunderbat. I don't know who Kellog's hired to produce this car, but I belive it is Action brand. It's definitely not a Hot Wheel car, but still rather cool anyways! 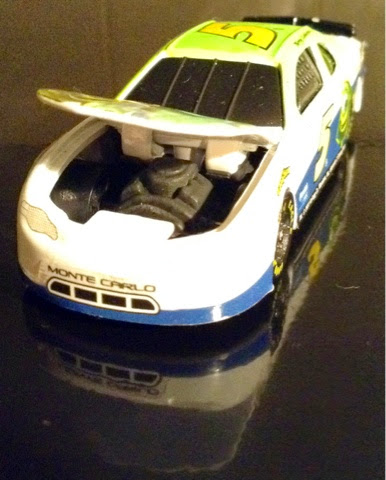 And lastly we have a true Hot Wheels Albertson's big rig! 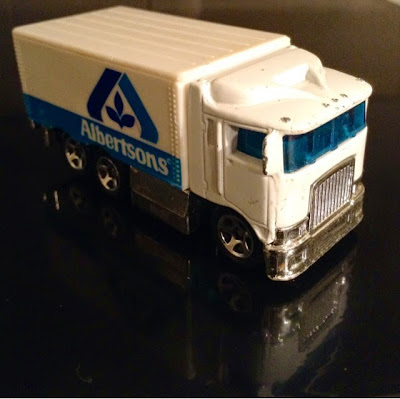 The Albertson's truck holds a special place in my heart since my first real job was being a bag boy for Albertson's, "it's your store!". I still remember wearing those lame uniforms with images of bagged groceries tipping over. Oh how far I have come! I didn't even know Mattel produced an Albertson's Hot Wheel truck. It's a pretty cool little momento! 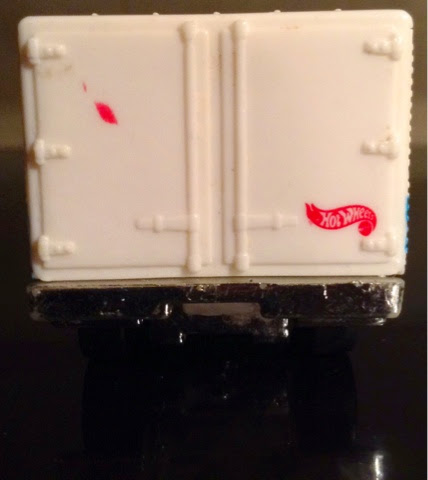 We can all pretend that this truck has a load of Halloween tricks and treats, so it totally qualifies as a Creepy Cruiser. All the Albertson's stores in Utah were bought out by Associated Food Stores a few years back and rebranded as Associated Fresh Market, so I don't really remember the extent of Albertson's Halloween selection, but I think it was fairly decent.

Did you buy any Halloween essentials from Albertson's lately? Does anyone else have one of the semi-rare brand name big rigs produced by Mattel? What's so funny about funny cars?

Let me know in the comments below!