As part of a trade Eric Stettmeier, of Toyriffic fame, sent me an amazing package full of sci-fi goodies that I am absolutely thrilled to own! Be sure to check out Toyriffic, it's awesome!

LEGO Lunar Rover 6463
The helmet is so shiny! Seriously though, this is an awesome set!

I recently picked up the polybag Space Utility Vehicle 30315. It's interesting to see the little differences.  Honestly, I like the Lunar Rover a little better, and it's a '99 model. It just seems a bit flashier and the wheels are bigger, which makes sense with a rover. 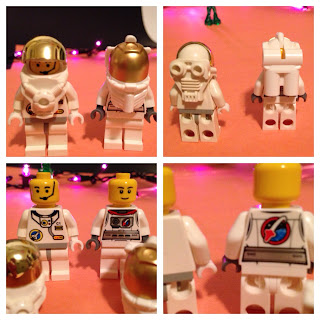 I think as far as the space suits go the Land Rover wins out overall as well.  The helmet of the Space Utility Driver is stationary and not as shiny.  You can even see the back of his head through a hole in the helmet.  That can't be good for space walks!  The Lunar Rover Spaceman has a better face, I think, with the inclusion of the mic. They both have nice prints, and the SUD Spaceman does have a back print, which is a plus.  Even though they have their differences they will still make a good team as they explore for extraterrestrial life amongst the stars.

I've had my eye on these for a long time.  These are just so awesome and I love the very obvious knockoffs! 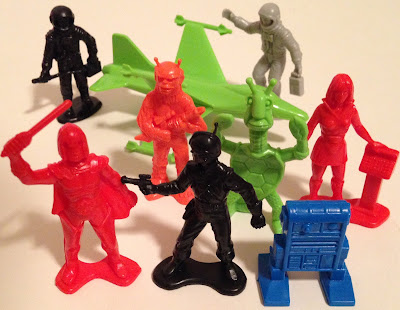 Let's take a closer look at these individually.

The Space Baron is one tough aristocrat, or "astro"crat.  He may be a little stuck up and corrupted with all those space credits, but you gotta respect that baton! Of course, he does have legions of bodyguards with blasters at his disposal, so he doesn't have to do any of the dirty work.

The Space Yeti is far more advanced than your standard earthly yeti. He's packing heat and even has the decency to throw on a pair of pants.  You'll also notice the Space Yeti has developed extra-sensory antennae, used in telekinesis and telepathy.

Robots left over from some unknown race, the RU-R2 is capable of reproduction by simply building other RU-R2 units.  Prone to follow and serve/annoy organic life forms, the RU-R2 is easily domesticated.

Scientists actually don't know much about these mysterious Space Turtles other than they can "swim" through outer space for centuries before landing on a planet for air.  It is believed they are capable of bending space and time in order to make this possible.

Mostly hired as astroid miners, these lovable guys are essential to a healthy intergalactic economy.  Their left hands carry their lunch boxes and right hands are perfect for high-fives and holding drinks.  Currently the space mining industry is dominated by men.  The Space Board For Equal Rights, or SBER, is currently fighting to correct this injustice.

It's a tough job, but someone needs to safely extinguish super novae.  Some would argue that super novae are a natural part of the space environment and that extinguishing them is only worsening galactic climate change; but a Space Fireman doesn't think about that, he's just doing his job.   Currently the Spaceship Space Firemen industry is dominated by men.  The Space Board For Equal Rights, or SBER, is currently fighting to correct this injustice.

Actually the rebellious nephew of the Space Baron! He hates authority, but loves to shot things, even endangered species.  He's comfortable making out with any species in the known, and unknown, universe.
Not just a pretty face, these lovely ladies are mechanically inclined and can fix anything!  Currently the Spaceship Mechanic industry is dominated by women.  The Space Board For Equal Rights, or SBER, is currently fighting to correct this injustice.


Last but not least, the space version of Yosaki Yojimbo!  It's interesting to note that this wasn't a one time thing in order to create one new action figure, there was an actual comic book serious known as Space Usagi! It really makes you wonder, could there have been an unreleased 4th TMNT movie called Turtles in Space?  It would have been the perfect way to introduce Space Yosaki into the TMNT movie universe.  I really wish Yosagi had made it into TMNT III.  Oh well. 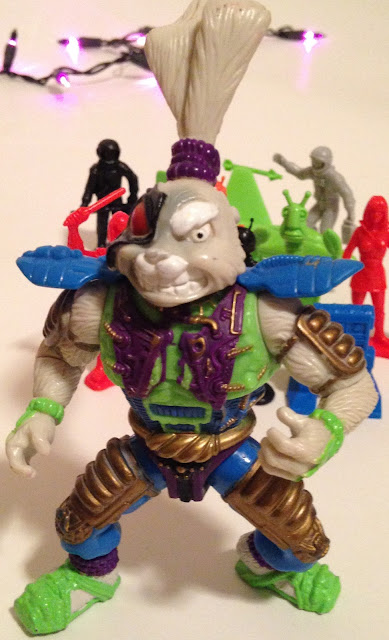 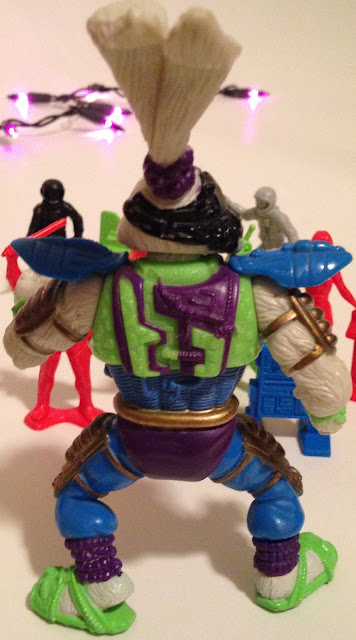 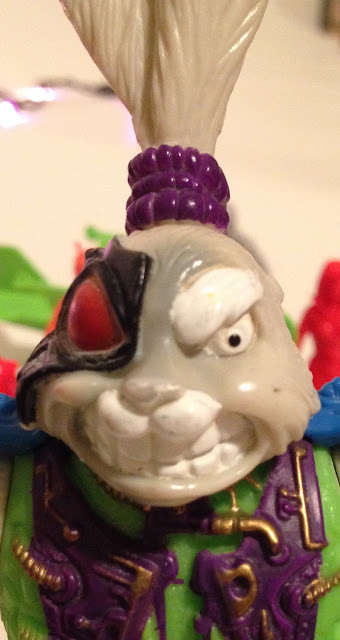