Today is the first day of the NFL season and the office is all abuzz with fantasy football draft picks. Honestly, I don't get fantasy football.  Sounds like it's a whole lot of nonsense for total nerds.  I would much rather have a Mutant League Football (MLF) fantasy football league.

The Game also contained 3 all-star teams, one for each conference, and "Galaxy All-Stars" containing the best players in the league.

The Mutant League Football video games was seriously awesome and needs a remake bad!
Mutant League was one also one of my favorite cartoon shows as a kid, and man was it disturbing! Just check out the intro!


Nothing like melting flesh and decapitations for a kids cartoon!

If you're more into tabletop games, then be sure to check out The Blood Bowl. 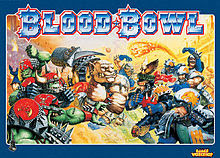 Who are your fantasy football picks? And how the heck does fantasy football work anyways? It sounds really lame.  I bet the nerds that play fantasy football dress up like their favorite players and go to conventions! (No hate here people, I'm only joking and making a point. Peace! :D) 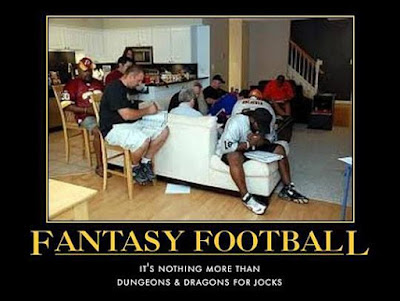