Blue is an interesting skin tone for a vampire and I like it. He even seems to have a little goatee. 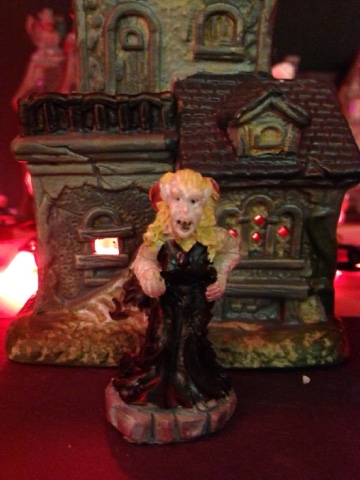 The vampiress doesn't have the same blue complexion, but an almost wolflike fur texture. Interesting take on vampirism. 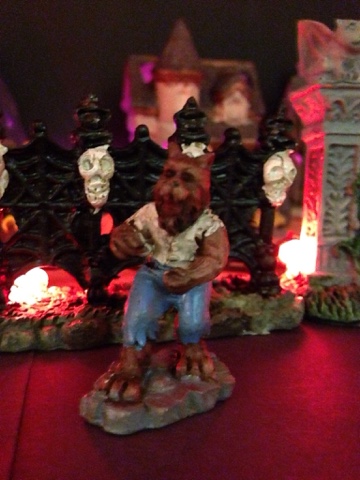 Lastly we have the loyal lycan lad. He's a good looking wolf man. 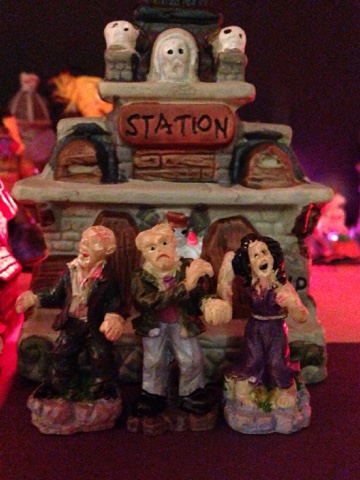 The weirdo from the oddball set wants to be a zombie, but I still don't buy it. Now thegentleman on the left and the lady on the right, they're killing it! 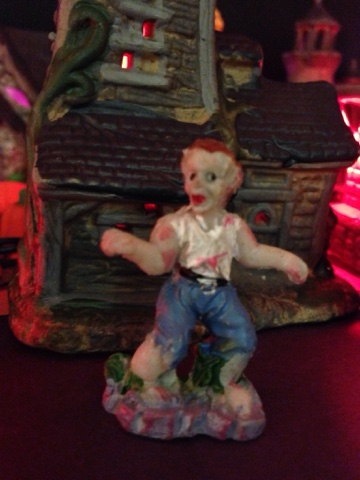 And here's their goofy zombie son. I think he's trying too hard with that weird pose. Not bad though, lots of blood splotches on his clothes and blood stains on the stone slab he stands upon. The zombies and mummies look great in the graveyard of Tombstone Corners. Now all they need are some victims to hunt down for bbrraaaaaaaaains!