I bring you another Figurines 3 pack from the 2015 Tombstone Corners series.

Now, don't get me wrong, I think these are awesome figures, I just don't understand what they're supposed to be. I'll show you what I mean. 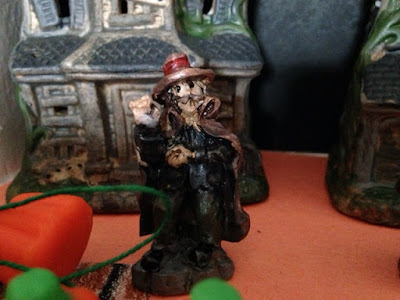 The first thing that came to mind when I saw this guy was a "Scarecrow", which makes perfect sense. But, when I took a closer look all I can see is a dude with a wicked mustache. What the!? Are they trying to reuse an old mold and make it look like a scarecrow? Either way, still a nice figurine for 33 cents. 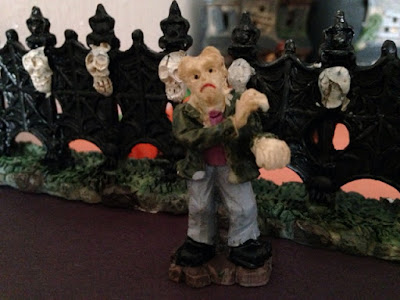 Yeah, this guy. He's not a zombie, there are other zombies in the series and they don't look quite like this guy. Also, the zombies have a blank, expressionless look. This guy is clearly frowning and tilting his head back. And he looks like he's holding something, but what? 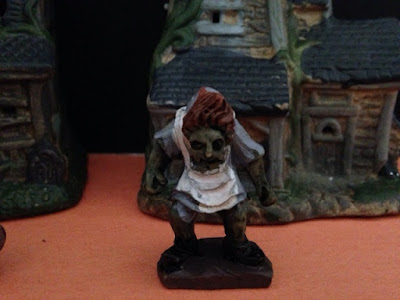 Hail to the hunchback chef! Seriously though, is this guy a chef as the white apron suggests? Maybe a lunchlady, or a "hunch"lady (get it!?). I'm thinking he's a Leatherface knockoff, despite his serious lack of chainsaw. 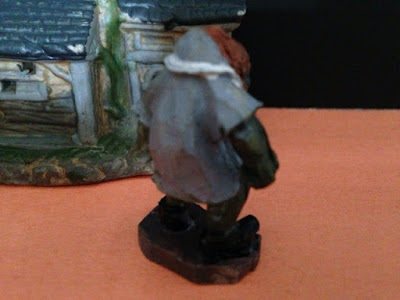 He does have a nice hunch.

So there you have it, the mystery figurines 3 pack. I don't know what else to call it. All the other 3 pack figures tend to be related to each other in some fashion, like the Frankenstein/Mad Scientists set I reviewed last week. These guys? They're all leftover no-name Halloweeny guys? I dunno.

What do you think they're supposed to be?
Posted by Mason at 1:47 PM