Now, I know this blog is called "D.I. Treasures" and I'm supposed to talk about things I found at the DI. However, sometimes I like to share good finds from goodwill and other such establishments. Okay, so maybe Comic Con doesn't count as such an establishment, but so what, it's my blog!

Now, when I told some of my friends, we'll say my more senior associates, that I was going to Comic Con they immediately asked,"What is Comic Con?" One person simply said,"Good luck!" I resisted the urge to slap my forehead and kindly explained that Con is short for Convention an that it's a geek thing. Though, I don't think you need to be an all out geek to enjoy "The Con".

Anyhoo, it was a great convention, the attendance was over 9,000! In fact were are a total of more than 47,000 tickets sold. You can check out all the details at www.saltlakecomiccon.com.

Enough about The Con itself, let's talk about what I took away, namely toys! 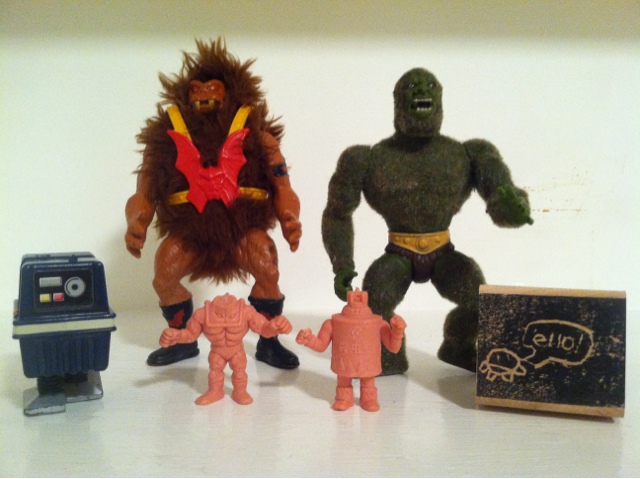 Now, let's take a closer look at these guys.

First off, I present to you this vintage Star Wars Gonk Droid. 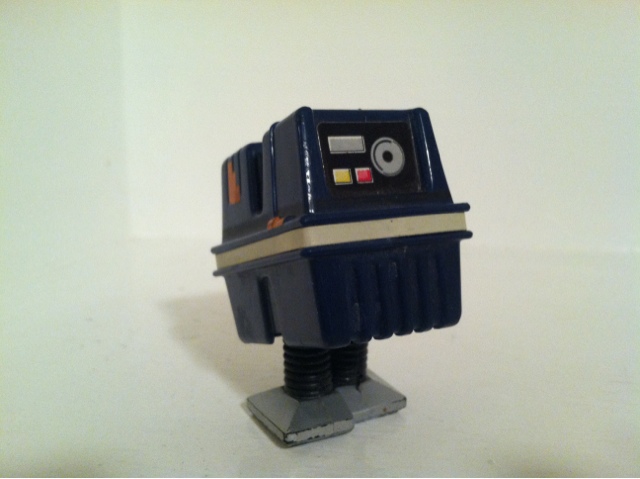 I love robot toys, so I just couldn't say no to this little guy. Just look at him in all his robotic goodness! His legs are even designed to make an endearing clickety-clack sounds as they move. Classic! 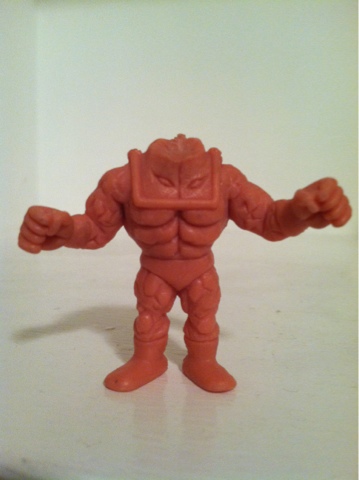 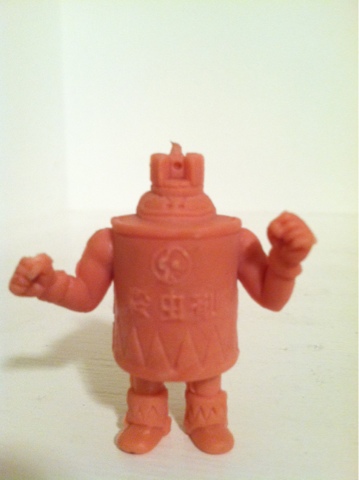 All I know is these are vintage M.U.S.C.L.E. figures. I loved these as a kid! I don't know which ones these are. These may even be bootlegs for all I know. Either way these guys are pretty cool. 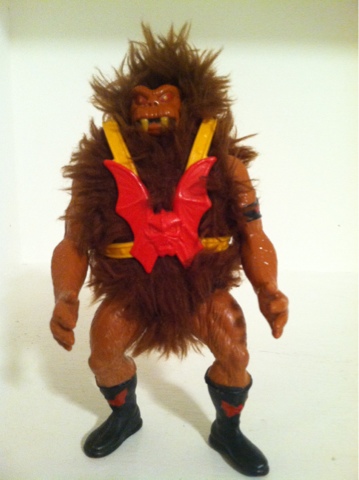 This one ties as my favorite find. This here's a vintage Grizzlor from the He-Man and The Masters of The Universe toy line. From what I understand Grizzlor is one of the lesser sought after MOTU (Masters of The Universe) figure due to his grizzled look. That exactly why I like him! There's something about misfit toys that I just can't get enough of.

Last of the toys is Moss Man! 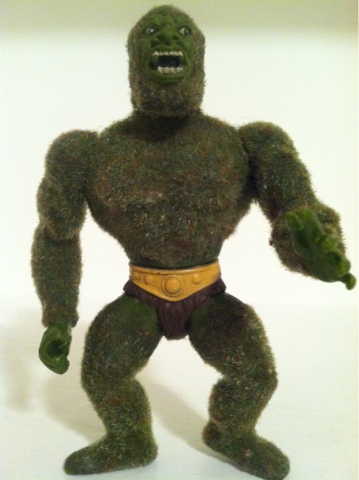 Just look at this thing! How could I not buy him!? He's covered in green fuzz! You may have guessed that this is another vintage MOTU figure. All the vintage Moss Man figures actually had a fresh pine scent added to them! I sniffed this guy, but it seems his scent has worn off over the years. After returning home from The Con I had to mow my football-field-sized lawn. I noticed that Moss Man is reminiscent of a freshly mown lawn, so I have named him Lawn Moe. I will use him as a reminder to mow the lawn. 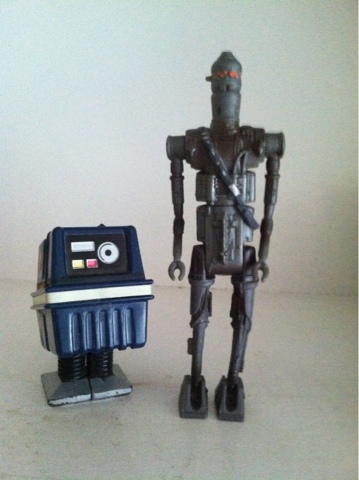 IG-88! Him and the Gonk Droid look like an alternate version of C3PO and R2D2. I always thought IG-88 was so cool! A bounty hunter droid bent on destroying all organic life forms, now that's just awesome. Man I love robots!

I actually almost didn't feature IG-88 (you'll notice he's not included in the group shot) because I was embarrassed at the fact that I thought he was vintage, but upon closer inspection later that night I found a dreaded "1996" on his foot. :( I had a funny feeling he wasn't vintage because of his tell-tale bowleggedness. The vendor assured me that all his stuff was vintage. I'm sure he wasn't trying to deceive me, but I should looked more closely. Oh we'll, I'll just let that be a lesson to me. The figure's still pretty neat, and it didn't cost very much. 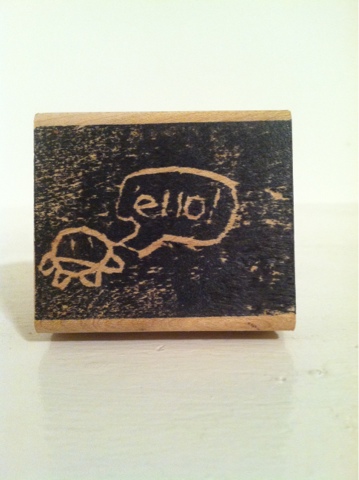 Lastly, my own custom made stamp of all things! One of the last booths I visited was selling a stamp kit. They let everyone make their own stamp. This is what came to me. The little guy saying "'ello!" is Glumby. He's a character I made up one time while doodling. They let me keep the stamp for free!

All in all, Comic Con wasn't as cheap as a trip to the DI, but is was a lot of fun. Also, I would have to be extremely lucky to find these toys at my local DI.