I found this weird Bilbo Tarzan toy for 50 cents. He's Zindar, one of many cavemen from Playskool's 1987 Definitely Dinosaurs toy line. I had no idea Playskool made something like this. Strange, but cool!


Madball looking water toy. Bubba here squirts water out of the gap in his teeth. $1 for Bubba.

Foot Clan soldier based on one of the original TMNT movies. He's kinda goofy looking. I really like him and he was only 50 cents!

I found a new friend for Blobby. It's none other than Muck Man from the vintage TMNT line! Now I just need to find some Retromutagen Ooze. How did I not have this ooze as a kid? You pour the ooze into the opening in his head and the ooze flows out his mouth and gut! AWESOME! I need to make a video of that!

I seem to find a lot of Transformers toys at the DI and I think I know why. They're cool and all, but MY GOSH, they're worse than Rubik's Cubes! They have like a million moving parts! I can never get them to transform fully. Now, my friend Landon, he's crazy about Transformers. He can also solve a Rubik's Cube in under a minute. Coincidence? Bonecrusher and Mudflap here were just 50 cents a pop. 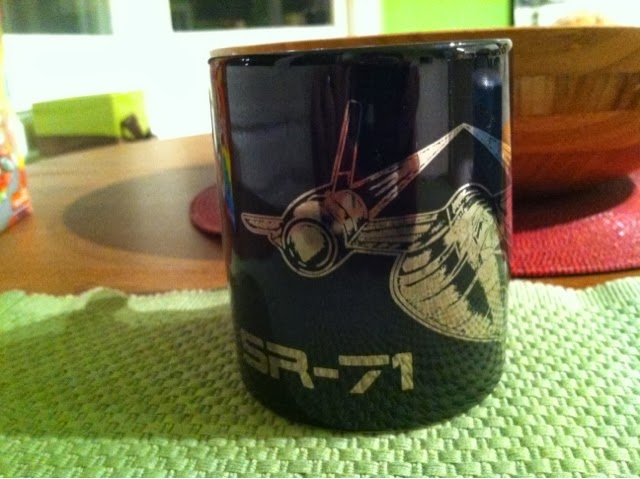 Lastly, I finally found a decent mug. Here we have the SR-71 Blackbird, the X-men's personal jet. Pretty cool and just 50 cents.