I went on a little adventure to The Family Dollar. I hadn't been to one in ages, so I thought I'd pay a visit and see what I could find. While I was there I came across a bin of generic looking, army men type bin of pirates. I almost passed it by, but I decided to peek inside, and I'm glad I did. 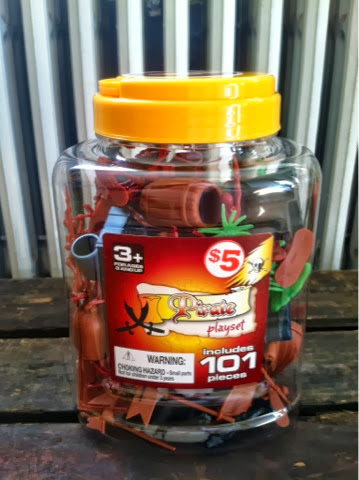 Looks like your average cheapo bin of plastic figures, right? Wrong! Hidden away inside I found this: 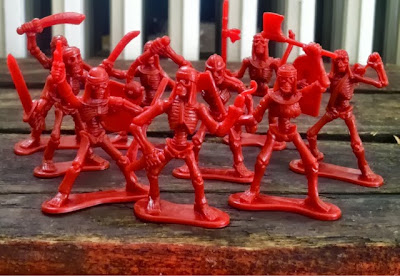 It's the Flying Dutchman's undead crew! And they're all stained blood red! There was also a scurvy, mortal crew for these immortal monstrosities to slaughter, but who cares about them? Let's take a closer look at the Crimson Crew! 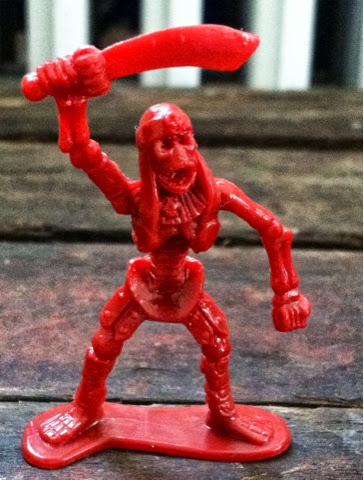 They all have a lot of character, despite being skeletons. Some are more scarce than others. I'm also a little surprised at the quality. The figures don't show any signs of flak! There was also a fair number of duplicate figures inside.

The bin also came with the usual butt load of plastic filler. The sizes of the tridents, spyglasses, trees, and sails are way out of proportion with the figures.

Black Beard will rue the day he messed with Bone Beards motley crew!
Posted by Mason at 1:38 AM